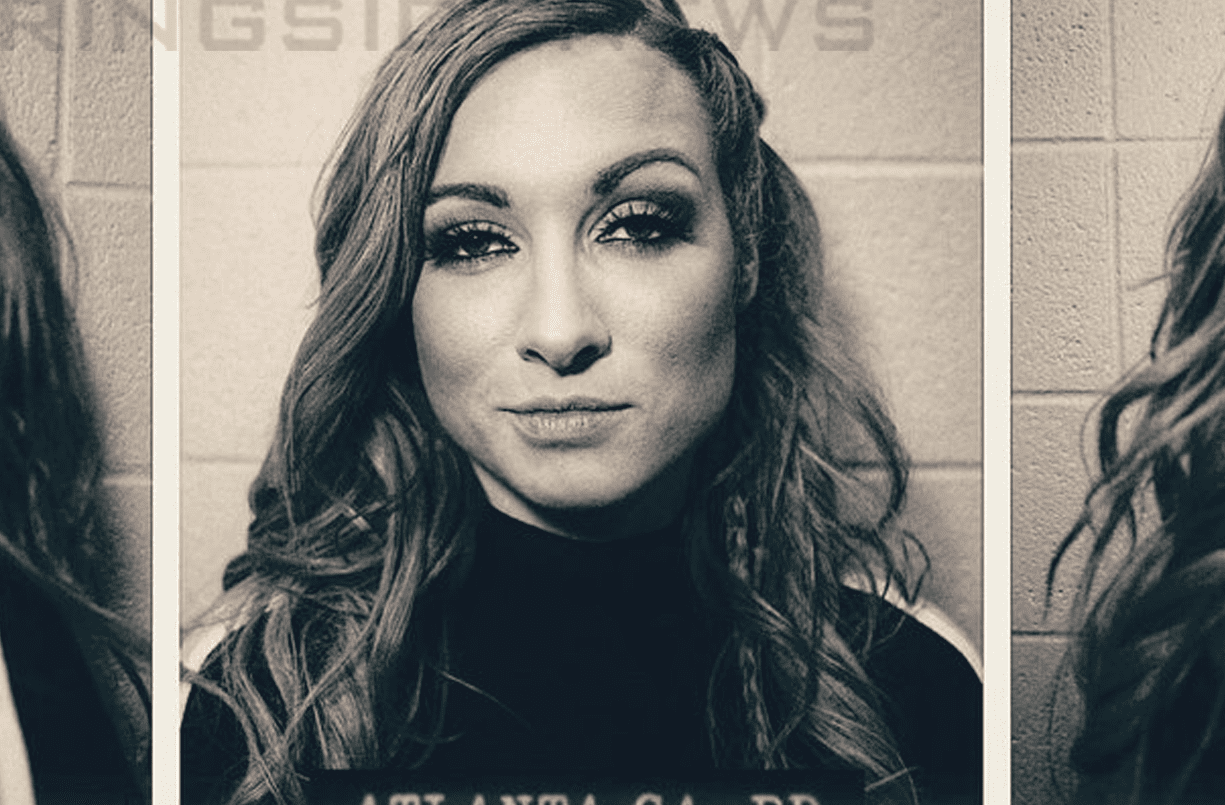 Becky Lynch was hauled off to jail this week on RAW. She was suspended and was also warned that she could be arrested if she tried to invade another show.

Of course, they weren’t real police officers hauling Becky Lynch off to jail, if you want to know who they really were you can find that here.

If you’ve ever been arrested or seen someone who is arrested, you know about mugshots. They exist on the internet forever, but for Becky Lynch she wants to see her mug on a t-shirt.

Becky Lynch posted her mugshot with a warning to Ronda Rousey to come back so she can beat her. Then WWE’s official shop had a great idea about a new merchandising concept for The Man.

They asked who wants to see Lynch’s mugshot on a t-shirt. “I do. Bail money,” Becky Lynch replied.

Apparently, WWE didn’t pony up the money for Becky Lynch’s bail. We wonder if WWE will let her miss a live event down the line when she has to appear in court.