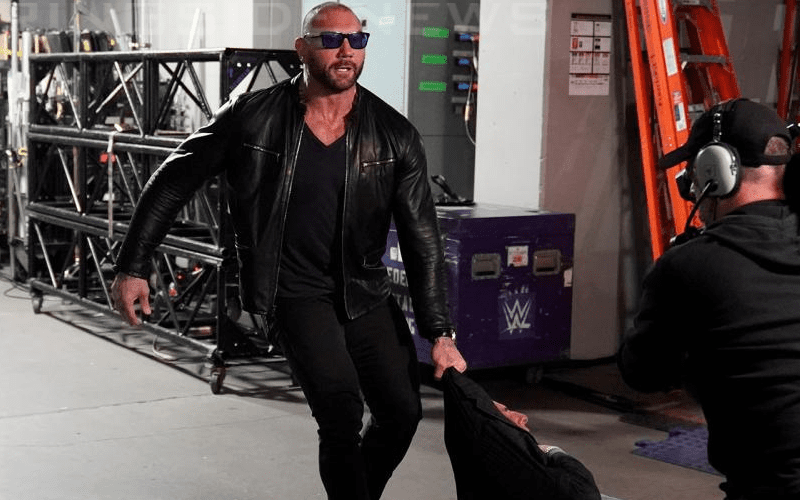 Batista crashed Ric Flair’s birthday party in a big way. It was a segment that felt different and freshened up the broadcast while exploding online. It also stepped up the WrestleMania card in a big way as Drax The Destroyer got Triple H’s attention.

Ric Flair sent out a warning to Batista following the attack and needless to say, he was not happy at all. There were a lot of Atlanta fans who were expecting to see Ric Flair appear , but it didn’t happen. According to Batista, he’s just getting started.

Ric Flair has been beaten down as part of a storyline before. This makes it especially interesting since he’s 70-years-old. We will just have to see where this storyline goes from this point on, but it got off to a very entertaining start.