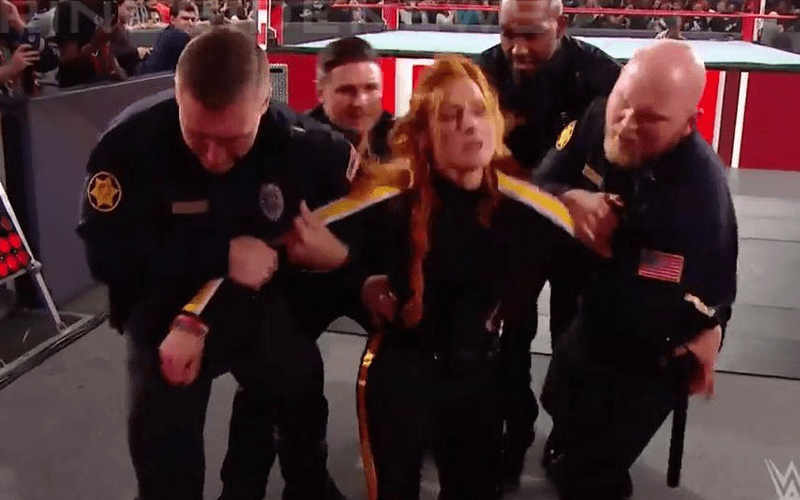 Ronda Rousey and Natalya were having a match against the Riott Squad on RAW. Everything seemed to be going well until The Man came around.

Becky Lynch showed up to get a piece of Ronda Rousey. She was walking with a crutch and then she took out Natalya with a right hand before brawling with Rousey. The whole time, Lynch was favoring her knee.

Security rushed to the ring in an attempt to break things up, but Ronda Rousey fought everyone off in the ring. Then the police ran down and hauled Becky Lynch out of the arena.

Becky Lynch was handcuffed and left off by Atlanta police officers. Ronda Rousey was then left alone in the ring as she paced away still ready to fight.