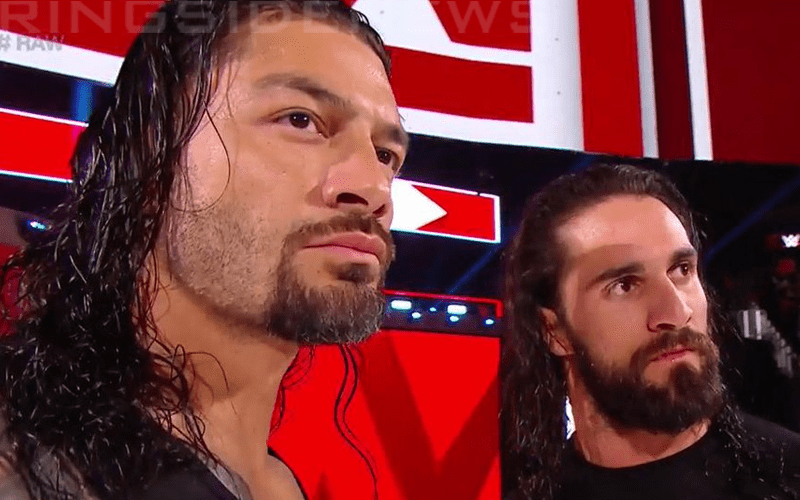 Roman Reigns made an announcement on RAW this week that his leukemia is out of remission so The Big Dog is back. Seth Rollins greeted Reigns with a hug following his announcement, but Dean Ambrose didn’t come out yet.

Dean Ambrose came out later and said he was in a good mood for obvious reasons. He then demanded a no DQ match against Drew McIntyre, but it did not end well for him.

Elias came out of nowhere and hit him with a guitar. Since it was a no DQ match this was okay and Bobby Lashley joined the assault. Ambrose lost the match and was getting the boots laid to him. Suddenly, Seth Rollins came out to for the save… and so did Roman Reigns.

Rollins and Reigns cleared the ring of the heels which included Superman Punches from Reigns and hitting Drew McIntyre with the first spear since his in-ring return.

After the heels were sent packing, Seth and Roman exited together, but they stopped to look back at Dean Ambrose who remained in the ring looking very appreciative.