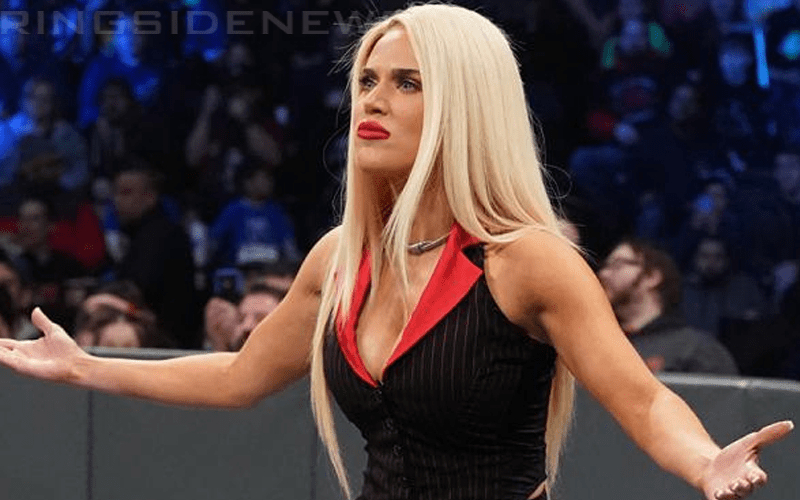 Lana is a very outspoken woman. She recently lost her mind on Ronda Rousey while spraying venom and screaming about how salty she is over losing her Total Divas spot. Now she has a new target.

Rusev and Shinsuke Nakamura were placed together as a tag team. This worked for Sheamus and Ceasro, so why not Rusev and Nakamura? The two former WWE US Champions have a tag team match against Ricochet and Aleister Black on SmackDown Live this week.

Lana’s saltiness did not let up at all when she was asked about this upcoming match during a backstage interview. She said that Ricochet will ricochet all over the ring thanks to a Kinshasa and Aleister Black will fade to black courtesy of a Machka Kick.

You never know what will happen when this match goes down, but the new NXT call-ups have been pushed pretty hard since making their WWE main roster debuts.