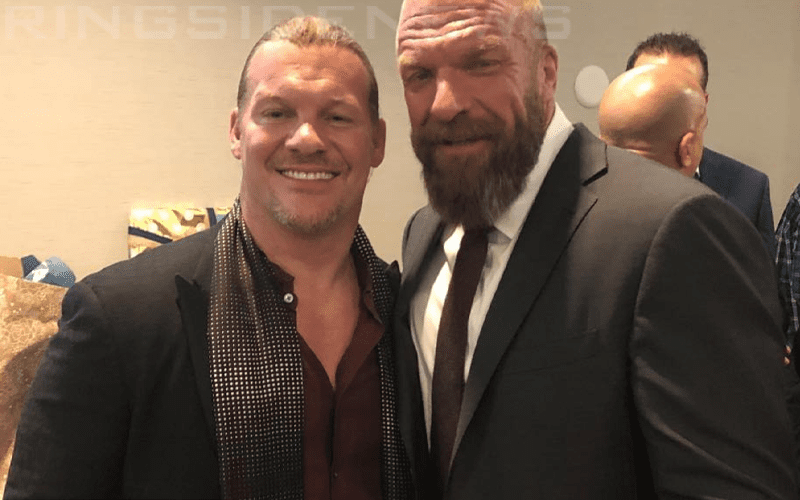 Ric Flair will receive a huge birthday celebration on RAW tonight. It is legitimately his 70th birthday and fans in Atlanta are turning out in droves to celebrate with The Nature Boy. They are also very interested in seeing what Roman Reigns has to say.

Regarding Ric Flair, he actually had a real surprise part they other day and it was a star-studded affair. Tons of pro wrestlers, sports stars, and other celebrities were there. This included Triple H and Chris Jericho.

Jericho and Triple H posed for a picture together to “break the internet,” but as Booker T explained on Heated Conversations, there is no animosity between The Game and Y2J, or at least they were able to squash it for Ric Flair’s birthday.

“Chris Jericho was at the party, Triple H at the party, and we’re all sitting there talking together and there ain’t no heat, or animosity, or anything like that.”

“I really think it’s enough room to go around. And that’s what Chris was talking about as far as what he’s bringing to the table as well from a backstage perspective, and really try to push this thing to a dimension where we have not seen in the wrestling business perhaps ever. And that right there, when you do it that way, you never know how big it’s gonna get.”

Triple H and Chris Jericho go back a long time and there is obviously professional respect between the two of them. Y2J wasn’t at the party on official AEW business anyway, so it was a great time to visit with old friends.