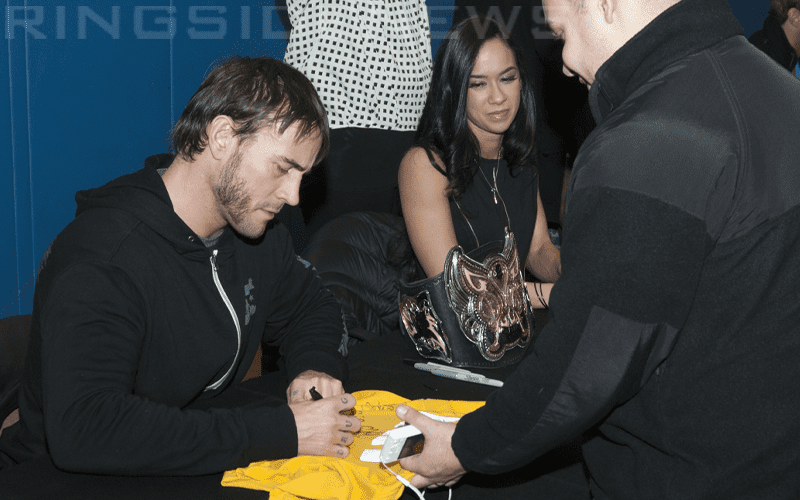 If you have ever went to an indie wrestling show then you have seen wrestlers sitting or standing behind booths selling merchandise. They also charge for pictures and autographs. There is a reason why they do this because it is their income.

Former ECW and WWE Superstars CW Anderson is working the indies and he has noticed a trend of fans asking for free services. After all, for people like Anderson who rely on pro wrestling to pay the bills, it is their job.

“I hate when fans get mad when I don’t sign their belt, Singapore cane or take a picture with them for free. Stop expecting everything for free. This is my job. I don’t go to your job and ask you to give me a free McFlurry.”

One fan replied saying: “Yea… cause pro athletes all do this. You see football and basketball players charging for photos and that all the time…. no wonder people say wrestling is still carny as f*ck.”

This received a prompt reply from CW Anderson while he compared paychecks and travel arrangements. After all, indie wrestlers aren’t treated the same as NBA or NFL players at all.

“They make millions of dollars and their travel expenses are paid for. We pay for ours out of what we get paid for the show. it’s the same.”

Some fans will always want something for free which is understandable. However, it is also important to remember that pro wrestling is a hard industry and sometimes it can end up costing stars to make a show if they don’t take enough selfies with fans.