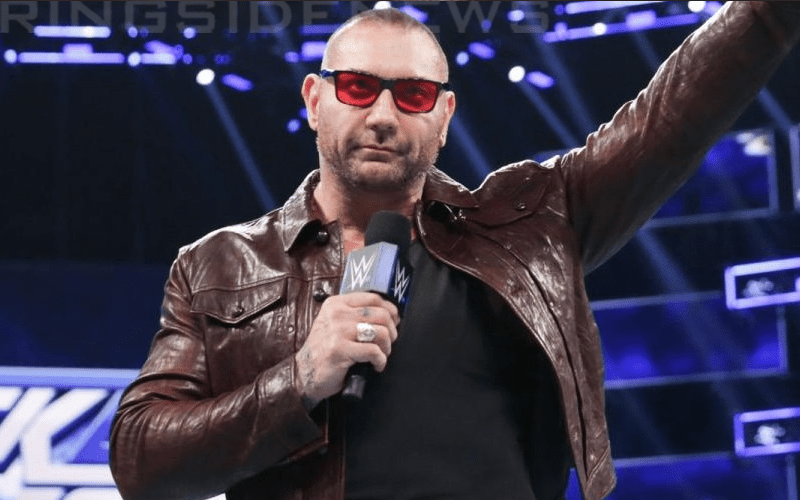 WWE RAW is going to be a very special episode and there will hopefully be ratings to show the kind of attention WWE seems to be giving the show. We previously reported that Batista was possibly going to be at RAW this week and that seems to be the case.

Dave Meltzer reports that Batista is backstage at RAW right now in Atlanta. He being kept hidden, but the news got out.

It was noted that a proposed match against Triple H at WrestleMania could be the cause of this match. Batista could very well use Ric Flair’s birthday to throw another shot at The Game. If this takes place then Triple H will likely be ready for his in-ring return by April. He started training for his return after completing rehab for a torn pectoral muscle last month.

Batista is in Atlanta anyway because he is shooting a project. This is certainly interesting and it looks like tonight could be the biggest episode of Monday Night RAW in a very long time.