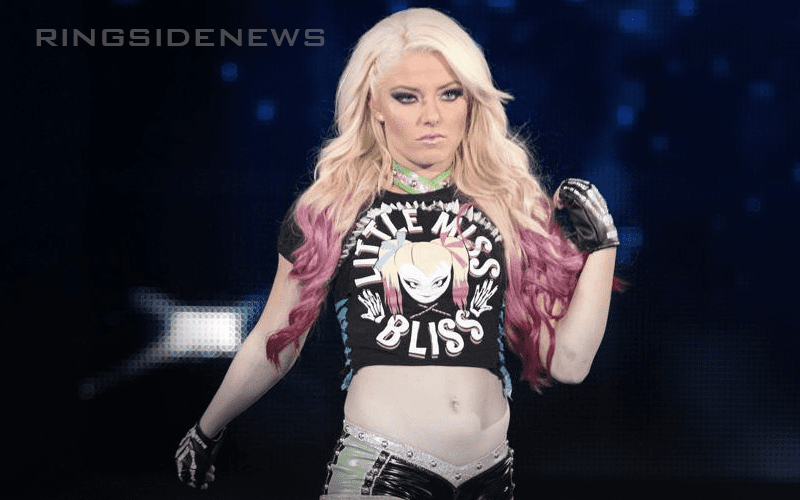 Alexa Bliss was put on the shelf with a concussion last year and made her return at the Royal Rumble in January. She wrestled in a tag team match since then on television and was slated to get squashed by Ronda Rousey as well, but those plans were change.

Bliss wrestled her first singles match since her WWE return at the live event in Tupelo. During that match with Natalya, attention was quickly drawn to her ring attire.

While it’s not unheard of for Bliss to wrestle in a t-shirt, her footwear was certainly different. She actually wrestled in the shoes that she usually wears while traveling which are Chuck Taylor ‘XX Hi’ Knee High Sneakers.

Bliss eventually lost to Natalya after tapping out to a Sharpshooter, but the fans were happy to see her work

You can check out some of the pictures below to see how they looked in the ring. She pulled it off and if her new footwear choice is something more comfortable for her, then good for Alexa Bliss.