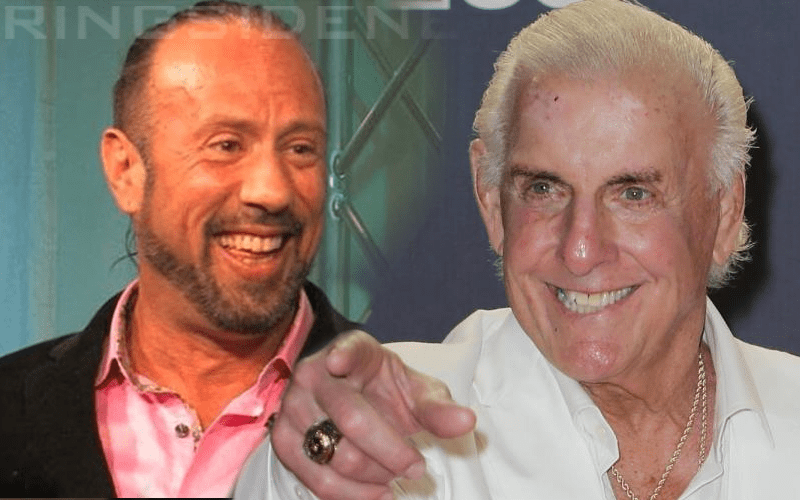 Everyone has their own memories of how Ric Flair influenced their lives. Sean Waltman has a very interesting tale to tell because he was fired from WCW for exposing The Nature Boy’s rear end in front of the entire world.

X-Pac will soon be in the WWE Hall Of Fame. This couldn’t have happened unless he left WCW. However, it turns out WCW fired him much sooner than he was actually let go.

“Eric fired & rehired me the same night for pulling Ric’s trunks down, showing his ass on tv. I was already on the sh*t list for using profanity picked up live on Nitro a few weeks earlier.”

Waltman was re-hired by WCW on the same night, but he was already in trouble with the company for his foul mouth. Something tells us that Kevin Dunn is going to keep his finger hovering over the mute button during DX’s Hall Of Fame induction.