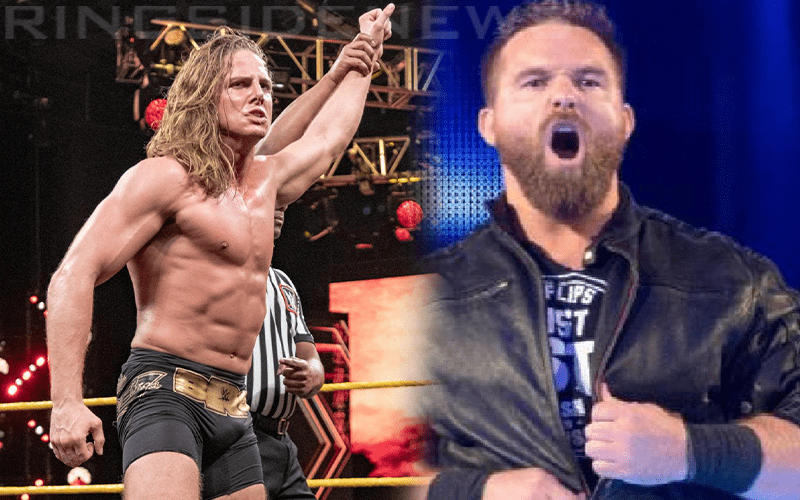 The internet can be a pretty dangerous place sometimes. This is especially true if you’re famous. WWE Superstars have become victims of leaked photos in the past including Paige, Charlotte Flair, Maria Kanellis and more. Leaks are not limited to female Superstars though.

While it is unclear how these photos got out, there is a leaked photo of The Revival’s Dash Wilder floating around online. We will not be showing this photo here at Ringside News. Let’s suffice it to say that he’s teasing whoever he sent this photo to so you can see enough.

Matt Riddle also had an NSFW photo leak online that started making the rounds. Without getting too descriptive, it leaves very little to the imagination. We will not be sharing that photo either.

There are plenty of reactions to these photos surfacing and you can read a few of those reactions below.

Hopefully, this won’t cause any backstage heat in WWE for Dash Wilder. After all, the Top Guys just won the RAW Tag Team Titles and are currently daring WWE to give them more opportunities to succeed. Matt Riddle is a top name in NXT and could be in line for an NXT North American Title match so this is not something he needs right now either.

Meanwhile, The Revival seemed to have a pretty good night all things considered.