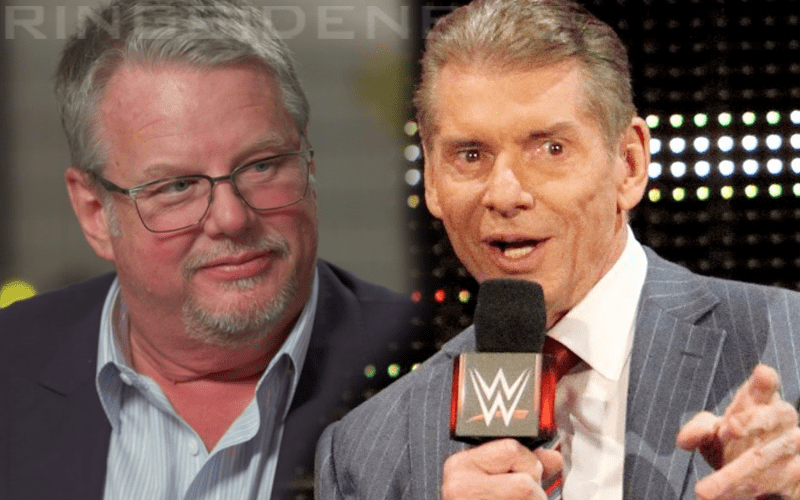 Bruce Prichard is coming back to WWE as a top creative force in the company. It is said that he will only deal with Vince McMahon which is the way it was when he left the company just over a decade ago. Now he is back, but McMahon has his reasons.

Dave Meltzer discussed Prichard’s hiring and why Vince McMahon wanted to go in that direction during Wrestling Observer Radio. It is all about finding something that will work with the fan base. While Triple H has been able to evolve his mindset to match the current pro wrestling landscape, Vince McMahon wants to return the company to its former glory.

“The Bruce [Prichard] thing is so interesting though. Again, Bruce is really knowledgeable about his era of wrestling, you know, he really is. He’s been around for a long time. Obviously, he knows how to talk to Vince.”

“It really shows to me bringing Bruce back shows Vince is looking for the past. I’m not saying that Bruce is outdated. I’m saying that Vince is — you can obviously see and it’s not a secret that Vince is frustrated about the attendance. He’s not frustrated about the company. The company’s doing phenomenal. I couldn’t be doing better, it’s doing the best it has in history, but as far as getting, you know, connecting with the fans it’s really not in a terrible level because if you go back to 1993-95, that period it was so much worse.”

“People will compare it to WCW, this isn’t even — there’s stuff that doesn’t hit, but this isn’t close to WCW even though RAW is a chore, it is a real chore to watch every week.”

“So Vince is looking and I think there’s a thing with older people that you — and it’s a trap — because when things aren’t going good you start thinking, ‘We need to do it like we used to do it when they were doing good.’ There are lessons from that period.”

“I think he’s just looking for… Vince has his own ideas and even though you change with the times and get new ideas, he hasn’t changed Triple H has.”

It was noted that Triple H’s NXT roster is something that he would have likely laughed at ten years ago. Because it is full of smaller guys from the indies. That is the same type of performer he used to reportedly love burying backstage. However, Vince McMahon is bringing back Bruce Prichard to regain a piece of what the company once was.