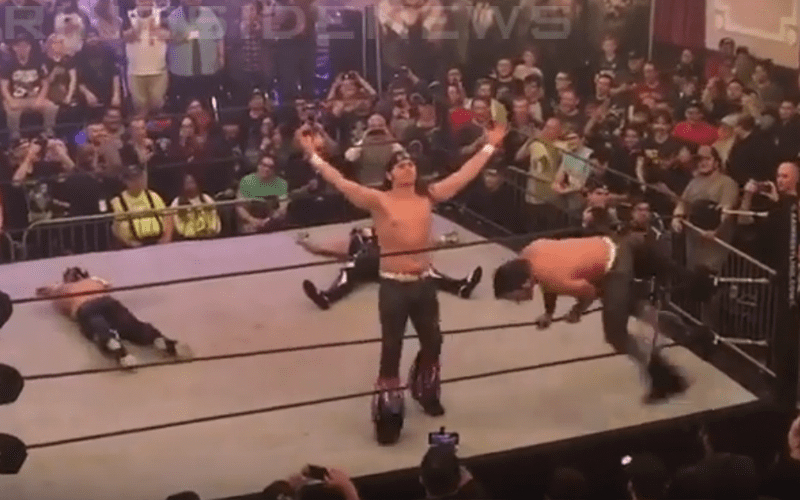 The Young Bucks and The Lucha Bros have a match coming up at Double Or Nothing. Pentagon Jr and Fenix fired the first shots at the AEW Las Vegas rally. The Young Bucks aren’t ones to let things like this go.

The Young Bucks invaded an AAW Pro show on Saturday night in Chicago. The Lucha Bros were defending their AAW Pro Tag Team Titles against LAX and that’s where Nick and Matt Jackson come in.

The Jacksons invaded the show and cost and Fenix their tag team titles to send a very definite message. You never know where The Young Bucks will show up and they proved that.

After everything was said and done, Matt Jackson commented saying that they know the Lucha Bros’ schedule. So that certainly seems like a threat that it could happen again.