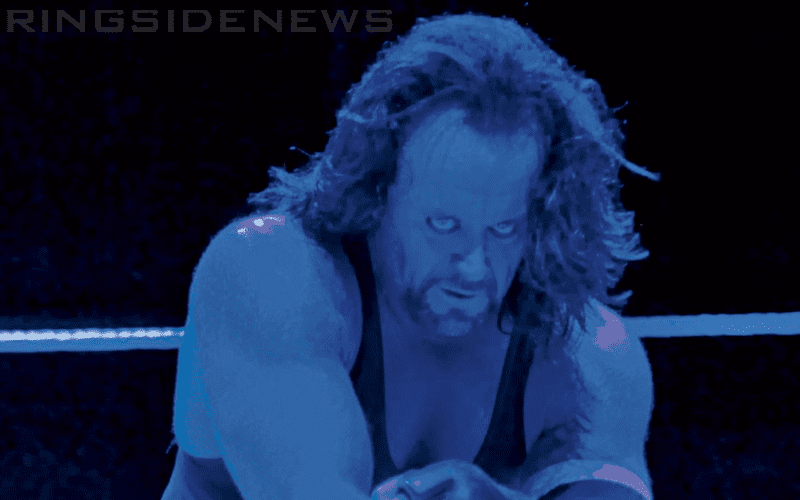 The Undertaker’s career has experienced many changes. One of his personal favorites has to be The American Badass character and some fans agree. He was able to morph back into the Dead Man persona and keep a bit of his American Badass style, but according to newly-rehired by WWE Bruce Prichard, it was a battle to convince Taker to go back to the Dead Man character.

During Something To Wrestle With, it was explained that The Undertaker hated the idea of going back to his previous character. In fact, it was said to have been a battle to convince him to do it.

Mark Calaway hated the idea, absolutely hated the idea of coming back as The Dead Man because he thought with the American Bad Ass character he was multi-dimensional and he wasn’t doing the head snaps and everything.

He could work and go out and have a different style of match and he felt that if he came back as the Dead Man that he would have to go back to the Dead Man persona in the ring. We all felt, ‘Look, let’s give them that at WrestleMania (The Dead Man), but then you can evolve in the ring with your work. You can work the American Bad Ass, but you’re The Undertaker. You’re in your old garb.’ It was a battle.

It was a multi-month battle to really convince him that this would work and he didn’t think that people wanted The Dead Man back, he really didn’t. He just wanted to continue on with The American Bad Ass and felt it was a step back to go to the old Undertaker.

Everything ended up working out for The Undertaker in regards to his gimmick. The Dead Man is still a character he can portray today away from WWE. Apparently, he was not a fan of giving up riding his motorcycle to the ring to Limp Bizkit music.