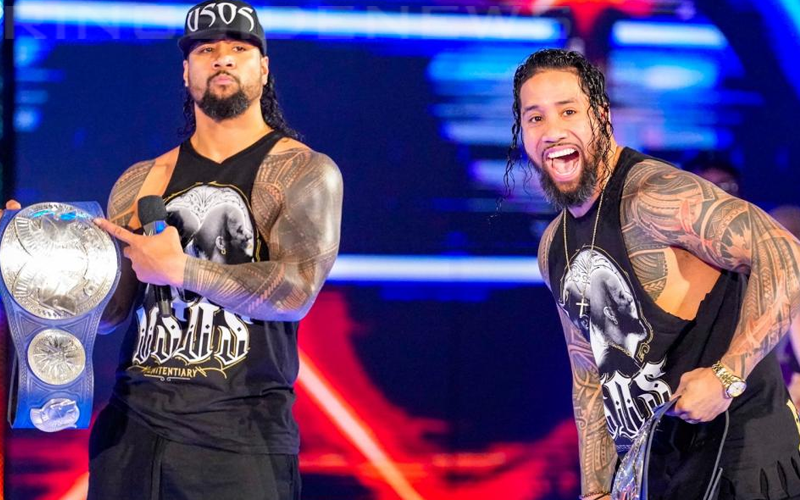 The Usos are six-time WWE Tag Team champions and currently hold titles on the blue brand. Assuming that The Usos retain their gold against McMiz at Fastlane, Jimmy and Jey Uso will roll into WrestleMania 35 as SmackDown Tag Team Champions. According to their WWE Hall Of Famer father Rikishi, his twins have nothing else to prove in the company.

Rikishi has openly stated how The Usos will be free agents soon. Jimmy and Jey’s contracts are up at the end of April. If they let their contracts expire there is typically no 90-day no-compete clause in that situation.

As Rikishi spoke to TV Insider, he spoke further about his sons and hinted at a WWE exit. He also expressed worry about all of the damage they are doing to their bodies.

Jonathan and Joshua Fatu, they are pretty much well secured there in WWE. I taught my kids everything they need to know in the industry, but I think they have nothing else to prove in WWE.

My thing is I’m always concerned about my kids and their bodies holding up in the industry. We don’t have time off. They run 365 days a year and all the time and performing every night. I’m kind of leaning for them to go to Hollywood. I kind of see a Samoan dynasty reality show for CBS, I think, somewhere down the line.

WWE is concerned about losing The Usos. There is also another company opening up with a famous tag team as Co-Vice Presidents which can complicate things a bit.

Only time will tell what happens next in this situation, but we will keep you up to date on everything here at Ringside News.