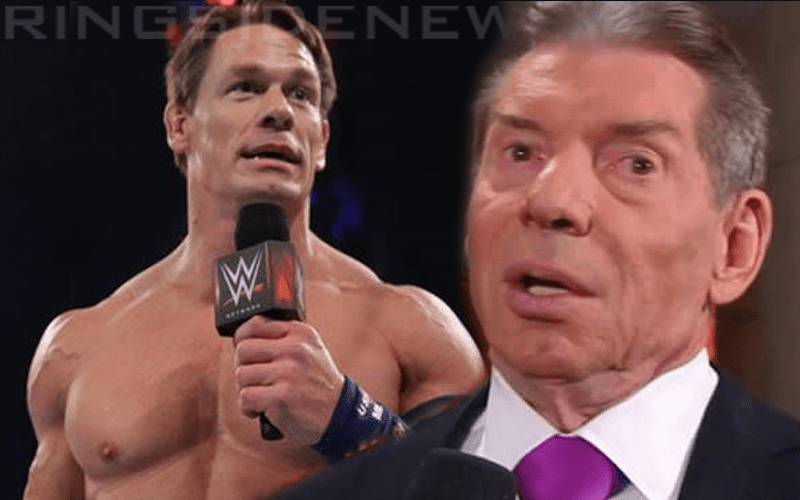 John Cena was WWE’s top guy for years. Now it seems that Hollywood is his priority which means WWE has to figure something else out. The company is also changing in a lot of ways in Cena’s absence and one thing John won’t have when he returns home is his favorite producer.

Dave Meltzer said on Wrestling Observer Radio that Arn Anderson was fired after an incident with Vince McMahon. AA was also John Cena’s producer and this could be a sign that WWE isn’t taking Super Cena’s thoughts into consideration. Because if Cena was still around then odds are Anderson would still have his job.

“With John not there or only there in rare occasions and not being ‘The Guy’ anymore, you know — who is the guys anymore? I guess Roman was the guy and he’ll be the guy when he comes back.”

At 41-years-old, John Cena could still wrestle for years to come, but Hollywood hires stuntmen to take bumps for him which is way easier on his body. As Cena’s Hollywood career continues, WWE will need to carry on as well because Cena can’t wrestle while he’s in the middle of a project due to insurance reasons. Therefore, in a way, Arn Anderson’s WWE release could be viewed as a casualty of Cena’s part-time status.