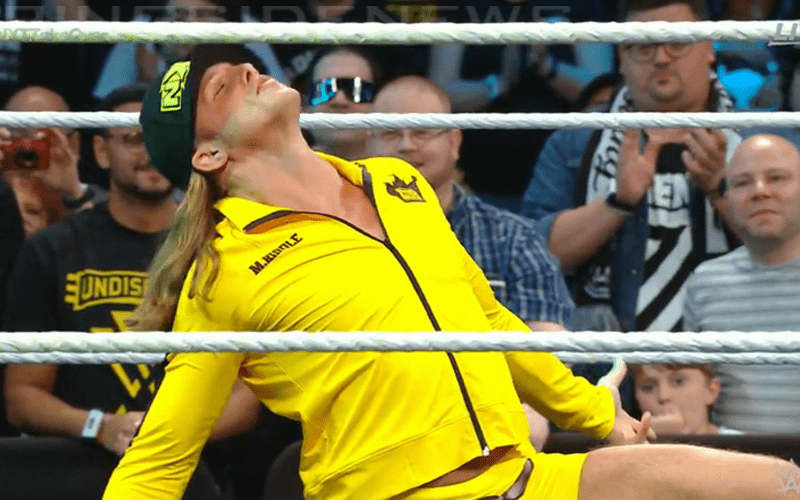 Matt Riddle is a very popular search result right now, but people aren’t searching for him because of his in-ring ability. They want to see his junk and what all of the hype is about.

Riddle has been hacked before, but a recent photo has been released and prompted a storm of women swooning over The King Of Bros. This prompted a reply that can only come from a guy like Matt Riddle. In a meme of himself, Riddle said:

So there you have it. If you’re one of the people blowing up searches hoping to discover the Prince Of Bros then Riddle has a message for you. Because he would appreciate it if you would stop.