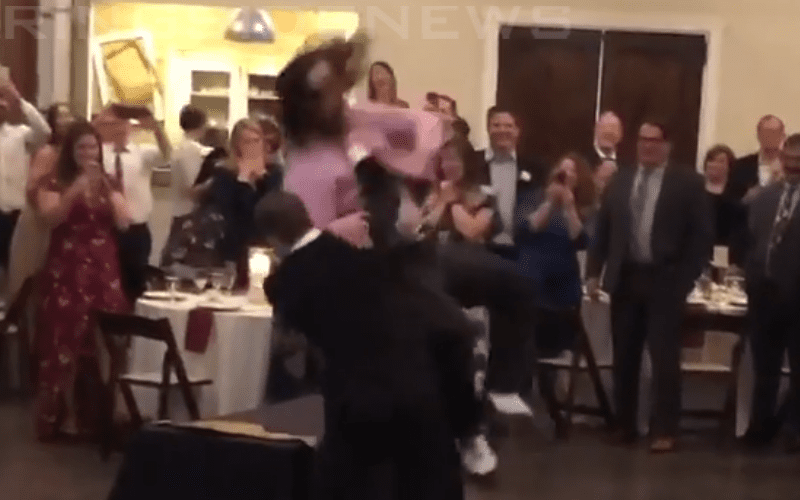 A wedding is a very special time in someone’s life, especially for pro wrestling fans. One happy couple decided to work a little pro wrestling storytelling into their reception and it went over big time.

The bride’s ex showed up and apparently wanted to make a scene so the groom had to put a stop to it. He picked a chokeslam through a table as his move of choice to make the reception officially hardcore.

Last night our wedding went off without a hitch. Until Alex’s ex showed up and tried to put a stop to the wedding… There was only one possible way to resolve the situation

This might not be the first time we have seen someone do something crazy during their wedding, but it is certainly an inventive way to start a life of wedded bliss.

Maybe grooms laying out his bride’s ex could become a tradition.