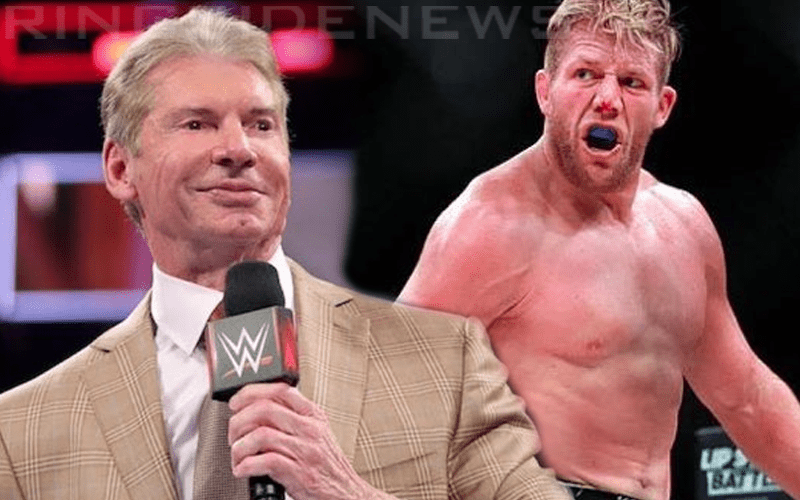 Jack Swagger had his first MMA fight for Bellator and it was a success. He won in the first round, but he might have had some extra motivation to win after getting a message from Vince McMahon.

While speaking to Chris Van Vliet, Swagger said that Vince McMahon actually texted him and told him not to lose. He also went on to discuss how cool it was for WWE to allow him the services of R-Truth for the night.

“He sent me a text message and told me not to lose kind of as a ‘ha ha’. But I think it was really cool we had R Truth doing the entrance and he went to Vince and Vince said yeah go do it , go out there and support this guy. I think it was like everyone else, they came in and supported me and wanted to help me and I’m very humbled and honored.”

Jack Swagger will have another opportunity to prove himself in the cage as he fights TJ Jones on May 11th. This will be his second MMA fight. Hopefully, he will continue to make Mr. McMahon proud by winning.