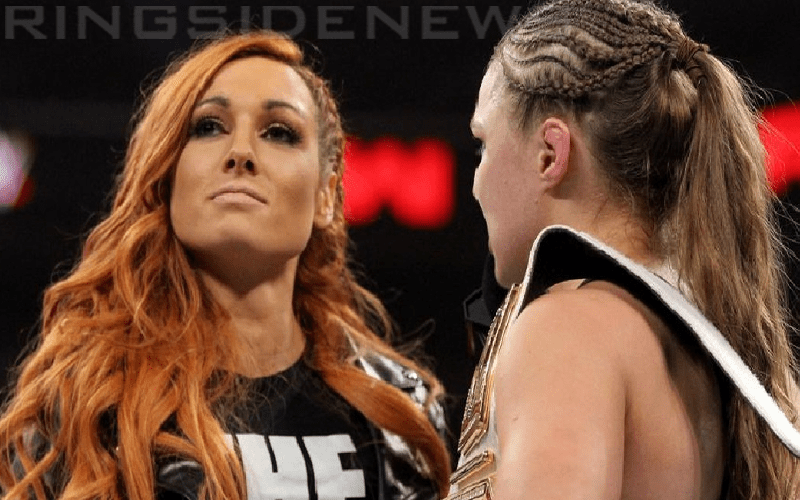 WWE is protecting Ronda Rousey. This is pretty evident and it also makes sense. Rousey is being used as a face of the Women’s Division, however, she has to lose eventually.

Actually, Ronda Rousey already lost in WWE in a tag team match on RAW, but that obviously doesn’t count.

Becky Lynch really wants her match with Rousey at WrestleMania like she was supposed to after winning the Royal Rumble. She took a big shot at Rousey for WWE protecting her from The Man and the audience. After all, people have obviously taken a side if you’re comparing ovations.

Ronnie, you happy now? You know they took me out to protect you from The Man—and from the audience. Thought you were The Baddest Woman on the Planet?

We will have to wait and see what the next chapter in this rivalry will be. Becky Lynch is slated to appear on RAW this week. It could mean that she will be arrested for showing up, but it would probably be a small price to pay for Becky Lynch if you ask her.