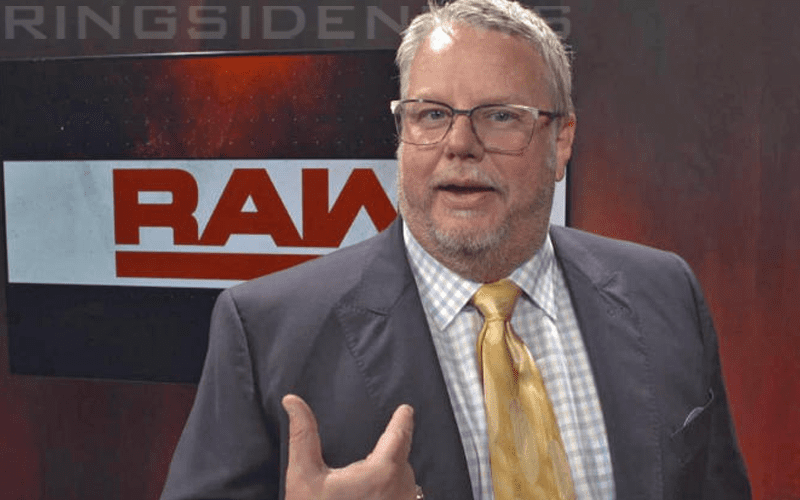 If you’re not aware of who Bruce Prichard is, you might need to brush up on your WWE history. There is a reason why his podcast Something To Wrestle With became so popular. He tells a lot of stories about his time in WWE because he was there and was a creative force in a lot of key WWE storylines. Now it looks like Prichard is back in the fold full-time.

PW Insider reports that WWE has hired Bruce Prichard to return to the company full-time as part of the creative team.

It is reported that Bruce Prichard will start back with WWE this Monday for Raw when they are in Atlanta Georgia. Prichard’s new role in WWE is reportedly said to be “as important as possible.”

At 55-years-old, Bruce Prichard still keeps a very active schedule mostly having to do with his Something To Wrestle With podcast and live shows. Him and Conrad Thompson have been known to visit cities on the day of WWE pay-per-views and play to packed venues.

It is reported that Bruce Prichard’s new role in WWE will be very similar to his former position where he was working directly with Vince McMahon.