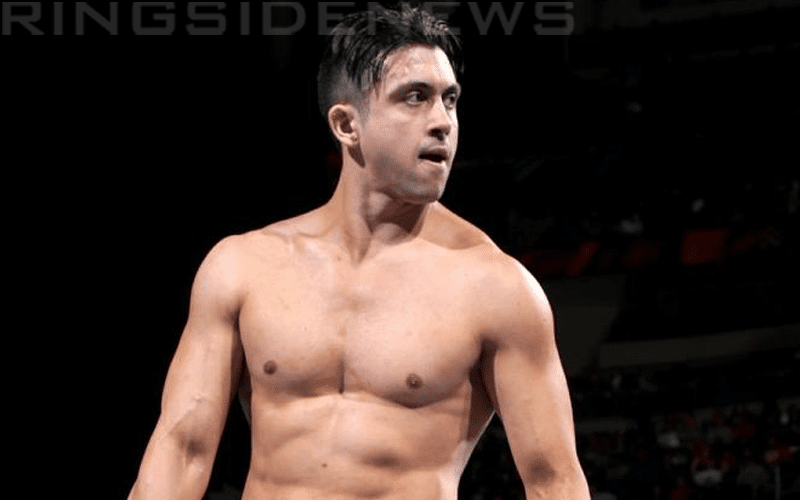 TJP is no longer a WWE Superstar. His release on Friday came as a surprise to a lot of his fans, but the reasons were reportedly even more shocking.

Bodyslam.net reported that TJP’s backstage attitude or being difficult to work with and getting tattoos without permission contributed to his release. This makes sense because WWE needs to keep a lock-down on marketability of a Superstar’s image.

TJP has since commented about this saying that “the boss” thought his tattoos were cool. He also claims that he received permission to get them half a year ago.

I mean, the boss thought they were pretty cool last Tuesday when we met 🤷🏻‍♂️…and also when he gave me permission to get them 6 months ago.

It is interesting how there aren’t even pictures of TJP’s new tattoos on WWE.com when you search for him under the photos section. The latest TJP photo set seems to have been taken on December 5th, 2018 before TJP started getting the new ink.

The reason really doesn’t change the fact that TJ Perkins is out of a job. He will very likely have a 90-day no-compete clause as is the custom for practically all WWE releases. After that, we will have to see what happens next.

It is also important to note that all of Friday’s WWE releases will have 90-day no-compete clauses ending by the time May 25th’s AEW Double Or Nothing event rolls around.