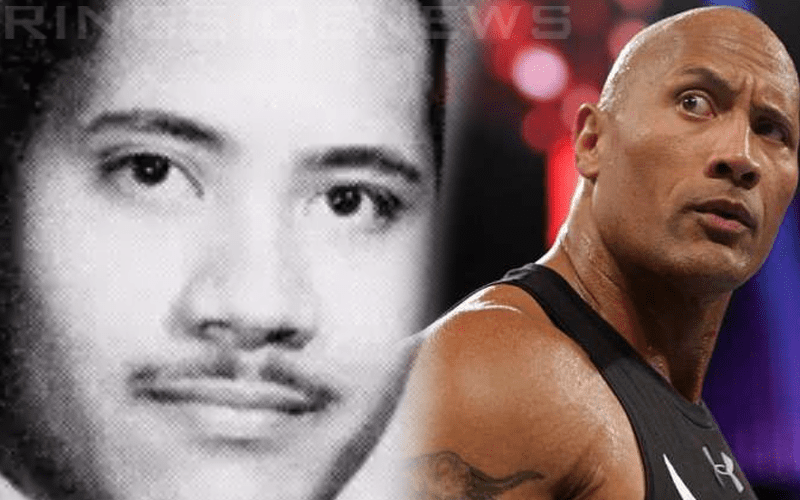 The Rock is known for a lot things in WWE, but growing a mustache isn’t one of them. Apparently, Dwayne Johnson can rock a pretty good-looking pornstache though.

The Great One recently commented on an old photo of himself from high school where he really teased himself in a big way. He also said that his classmates in high school thought he was a cop because of his mustache which had to have been a problem.

Nice trip down memory lane. And yes, very true story when I moved from Hawaii to Nashville, I was already 6’4 225lbs with a pornstache at 15yrs old — and the students in my new high school thought I was an undercover cop. All the lovely ladies stayed far away from me

Now The Rock can grow pretty much any facial hair he likes and pull it off. Still, you never know if we could see a return of the pornstache if The Rock snags the right role as a police officer.