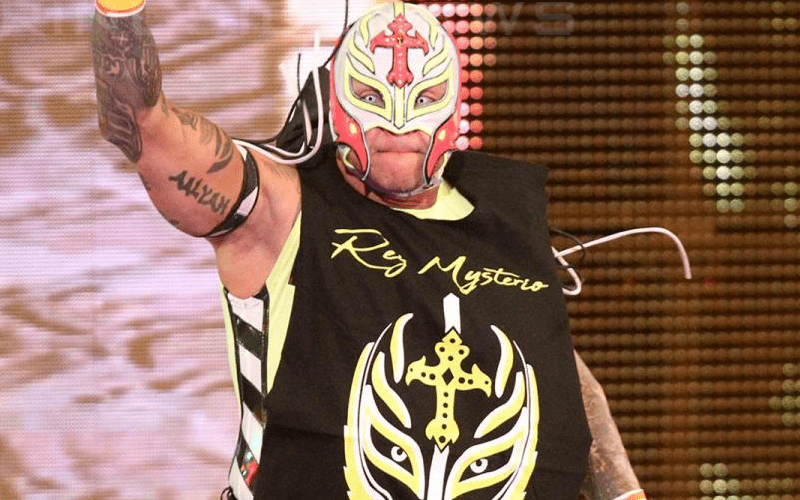 Rey Mysterio still has some time left on his WWE contract, but it is always a good idea to look toward the future. Mysterio’s future will most likely include retirement soon enough. He has amassed a ton of injuries in his career and deserves to take it easy, but he wants to make sure his legacy is intact first.

While speaking to Al Jazeera, Mr. 6-1-9 spoke about what he wants to leave behind in pro wrestling. He wants to help elevate Latin American talent and bring the lucha libre style back to the forefront.

“I want to leave something behind. A lot of fans will still be talking about Rey Mysterio after I am gone. But my purpose isn’t just to leave memories behind. My purpose is to help those up-and-coming Latino superstars that are bringing in this lucha libre style, and help them revolutionize the sport.”

Right now it looks like WWE might be cooling off on Mysterio’s feud with Andrade, but there is still plenty of room to pick it back up on the road to WrestleMania. If a mask vs hair match is in the cards for the show of shows it could be a very exciting bookmark for Mysterio as he approaches the end of his in-ring career. Let’s just hope that WWE lets him retire with the mask.