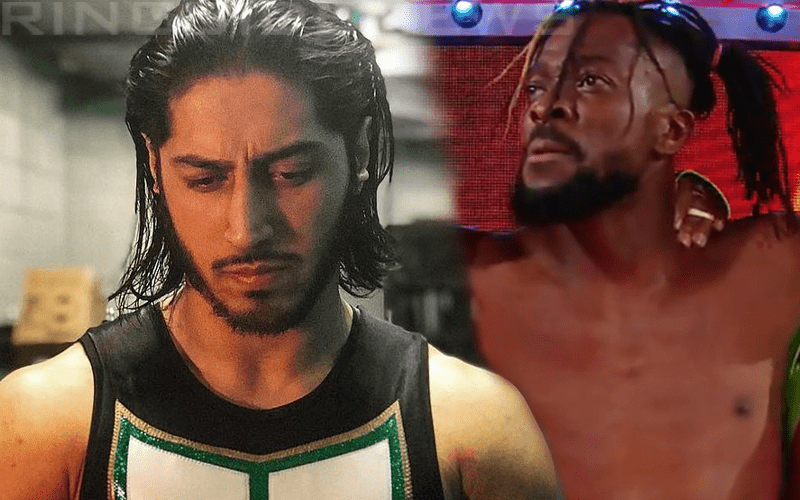 Kofi Kingston is getting a massive push in WWE right now. None of this would have been possible if it wasn’t for Mustafa Ali suffering a concussion that caused him to lose his spot in the Elimination Chamber.

While speaking to E&C’s Pod Of Awesomeness, Kofi Kingston discussed taking Ali’s spot. He knows what it feels like to be passed up, which isn’t a good feeling. However, Kofi vowed to kill it just like he knew Mustafa Ali would have.

“It sucks at the way the situation came about as Mustafa Ali’s been doing an amazing job after being thrust into the spotlight.”

“The fact that he ended up getting hurt is the worst. But you don’t know when you’re gonna be asked to step up and fill that role.”

“For me, obviously I wanted to kill it and knock it out of the park regardless…but I also didn’t want to let [Ali] down because I know how it feels to have a large, potential moment and have it taken away *cough* Elimination Chamber.”

“I know how it feels to sit on the sideline and watch a spot that is supposed to be yours taken. Part of me was like, I know Mustafa would have killed it in this position so I have to kill it. I can’t allow for there to be a letdown and I have to seize the moment.”

Kofi Kingston was able to take that gauntlet match and Elimination Chamber performance and translate it into a Fastlane WWE Title match. Only time will tell how Fastlane will end for Kingston, but there are some fans who are certainly pulling for him to keep up the momentum on the road to WrestleMania.