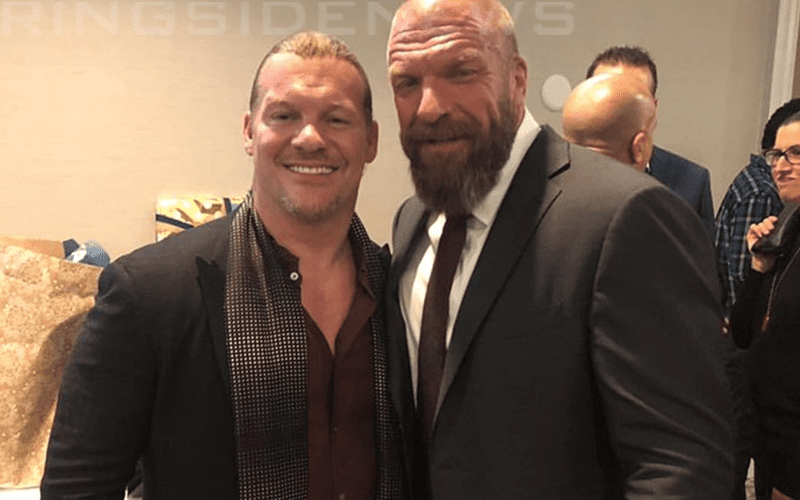 Yesterday was a pretty eventful day for WWE. We know where Triple H was though because The Game was at Ric Flair’s surprise birthday party. He wasn’t the only Superstar present either.

Chris Jericho was apparently in attendance as well. He snapped a quick picture with WWE’s COO to blow up the internet.

If one of AEW’s top stars can snag Triple H for an episode of Talk Is Jericho it could be one of the best podcasts of all time, just saying.