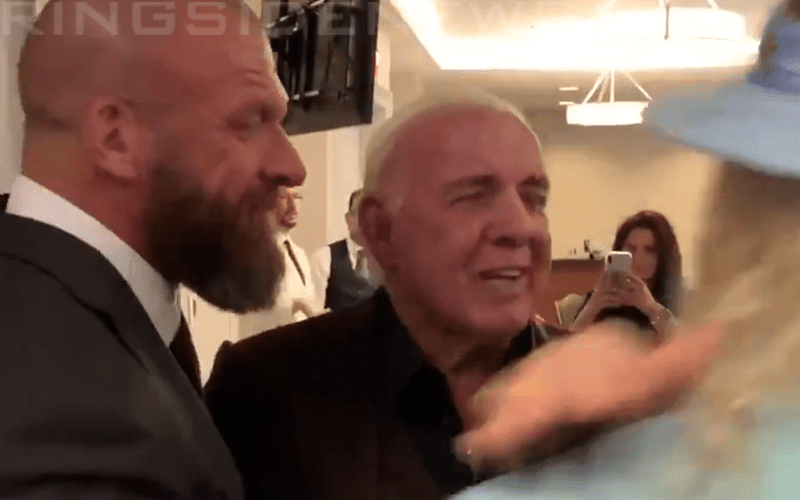 This Monday is going to be Ric Flair’s 70th birthday and they are throwing a big party on RAW for Naitch. There will be plenty of styling and profiling and lots of “woos.” Becky Lynch might even show up to ruin the festivities. The Man wasn’t around for this surprise party though.

Ric Flair was met with a big surprise as he walked into a big surprise party in his honor. Shane McMahon, Triple H, Ricky Steamboat, Michael PS Hayes, Charles Barklay, and other celebs were present and it was a great time held by all. They even had a very impressive Ric Flair cake topper.

I thought Ric was going to die two years ago when he was in intensive care in Atlanta. We’re celebrating his 70th birthday tonight in Atlanta.

This was a pretty emotional moment for Ric Flair as he looked on into this big room full of people waiting to see him. While his music played he had a tear in his eye.