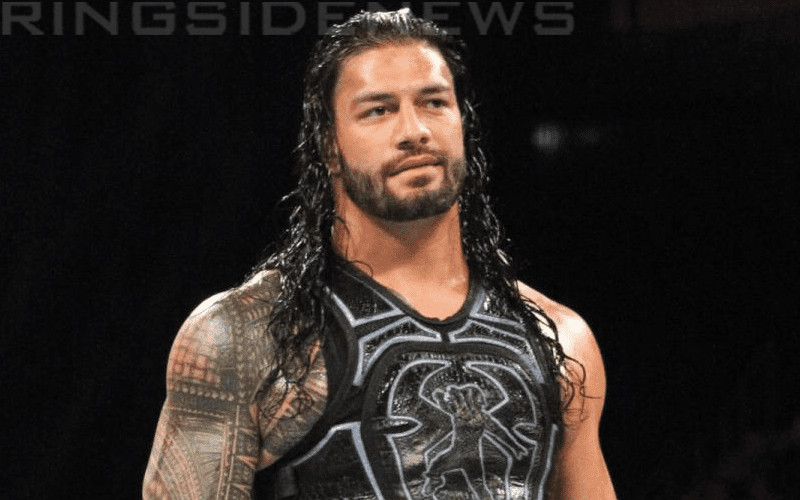 Roman Reigns had to take a hiatus from WWE in October, but just four months later, the rumors are heavy that he could be making his return.

Reigns scheduled to be at WWE RAW this week to talk about his fight with leukemia. He is also scheduled to be on Good Morning America the next day. This lead Dave Meltzer to say on Wrestling Observer Radio that The Big Dog could very likely have good news for the WWE Universe.

“I would presume it’s good news especially since he’s going… let’s put it this way. He’s going to Atlanta and then probably in the show I’m going to guess and then he’s gonna have to fly to be in New York for what? 5:00 AM to be in Good Morning America so obviously his health can’t be that bad if he’s gonna do that.”

“So that’s I’m pretty darn sure he’s not going on Good Morning America to give bad news. I’m pretty sure it’s good news. I don’t know what. In that sense when I first heard it I was like, ‘That’s great.’ Then when I think about it I’m like, ‘Wow, they’re going to get a big rating on Monday,’ you know which they will and that’s fine.”

“Then I was like, ‘God if this was any other business,’ because they’ve kept you in the dark when they’ve known stuff was going on for months. He did a movie which they kept you on the dark on until Dwyane [The Rock] released it on the last day. So it’s kinda like you know it’s like — and it’s not like people didn’t ask, I know I asked what the situation was and I thought you know if this was UFC or if this was the NBA you wouldn’t do this.”

It was noted that other sports would bring Roman Reigns out for a big pop and ratings spike, however the fans would have been clued in a lot more. This is just another example of how different pro wrestling is.

You never know what Roman Reigns could be announcing, but Meltzer went on to say that Baron Corbin, Bobby Lashley, and Drew McIntyre hitting a Shield triple powerbomb on Braun Strowman wasn’t by accident. This is something we previously reported because Vince McMahon is rumored to be pushing for Roman Reigns’ return ASAP.