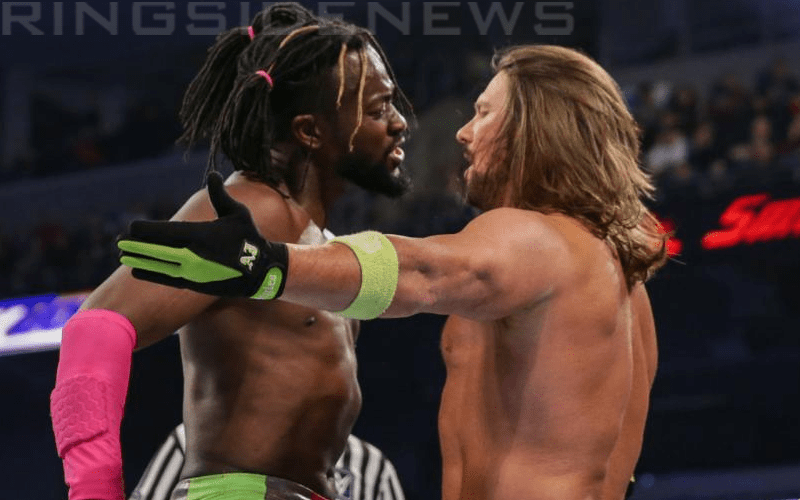 Kofi Kingston’s recent push came out of the blue for a lot of fans, but Kofi has earned it in a big way. His performance in the gauntlet match on SmackDown Live was over an hour long and led into an Elimination Chamber performance that popped the crowd so much that Vince McMahon changed the Fastlane WWE Title match.

As he spoke to E&C’s Pod Of Awesomeness, Kofi Kingston walked fans through his gauntlet match and revealed when things started to get real for him.

“Yeah, you know what? I didn’t feel it until I was in there with AJ. Because I think is the point where it really just got real, you know what I mean? I told him that I had been literally waiting 11 years for this moment and it’s like that was all real. It wasn’t character-based stuff. It was just real.”

“I think as soon as he told me to stay down it just something about that just got to me because I feel like I’ve worked very, very hard over the past 11 years and I try as hard as I can to do as best as I can.”

Kofi said that he has been fortunate to experience a lot of “cool things,” but the big opportunities have somewhat alluded him. He loved his program with Randy Orton, Royal Rumble moments, and everything he did with the New Day, but a singles match for event title hasn’t worked out for him.

Now Kofi Kingston will have a chance to win the WWE Title at Fastlane in March. You never know if he will be able to pull down a win, but it is certainly an opportunity he deserves.