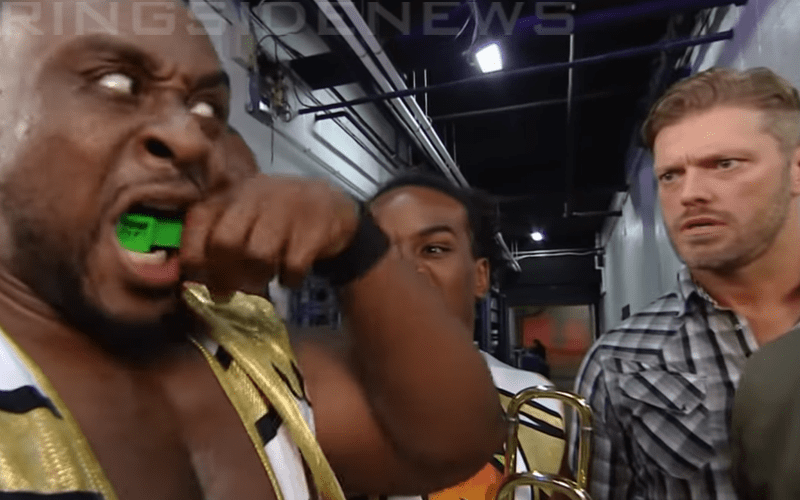 The New Day has been a part of plenty of hilarious moments in WWE television. Edge will never forget a moment he had with the longest-reigning WWE Tag Team Champions.

Edge remembered the segment during E&C’s Pod Of Awesomeness that he and Christian filmed with New Day and The Dudley Boyz in September 2015. He said that they were going to try and pre-tape the segment, but they ended up doing it live because things kept going wrong.

Everything was going well during the shoot until Big E grabbed Christian’s kazoo out of his mouth and tried to eat it. This did not work. Instead, the kazoo wouldn’t bend or break. Then Big E just threw the kazoo to the floor.

Edge said it took all of him not to lose it because it was so funny. This segment will live on in WWE history as a rare moment with three legendary teams as The Dudley Boyz later joined them for the fun.

You can check out that great clip below.