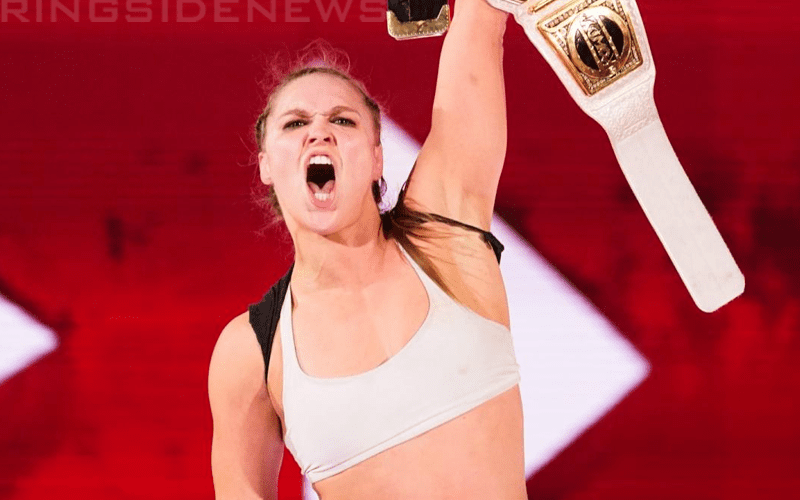 Ronda Rousey is the RAW Women’s Champion and she is owning the Baddest Woman On The Planet nickname proudly. WWE really wants to step up her presence on the road to WrestleMania.

As we previously reported, WWE wanted to book Ronda Rousey to squash Alexa Bliss on RAW this week. Those plans were changed and Ruby Riott was given a longer match with Rousey than she had at Elimination Chamber.

The Wrestling Observer Newsletter reports that the feeling in WWE is that they want to book Ronda Rousey as a monster opponent with the same kind of presence she had coming into the company. This is being done as a means to make it seem like she is more of a threat to Becky Lynch so The Man’s proposed WrestleMania win over Rousey will mean much more.

Of course, nothing is set in stone as far as WrestleMania’s finish is concerned. Becky Lynch defeating Ronda Rousey is said to be the plan, but it will also have a lot to do with when Ronda Rousey decides to take a break from being a full-time WWE Superstar.