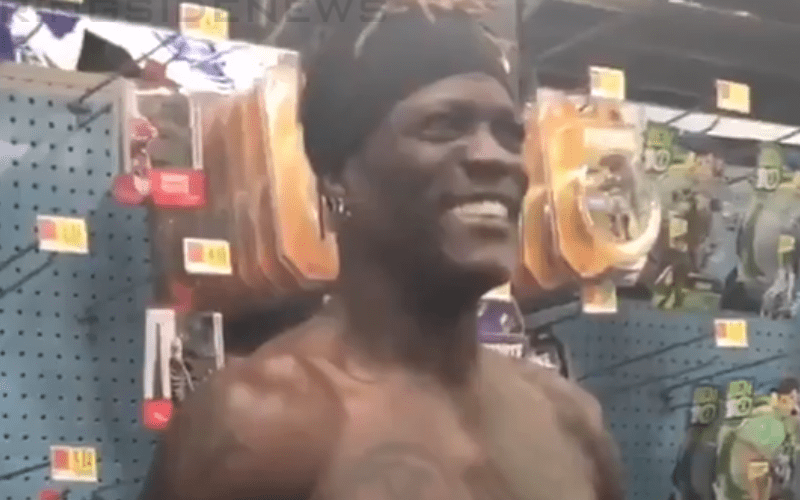 R-Truth is still the WWE United States Champion. He could hold that title for a very long time if we never see him on television again.

In the meantime, it looks like Truth is finding plenty of productive things to do with his WWE US Title. He has danced outside of his moving car and then he took his act to Wal-Mart.

R-Truth posted a short video of himself posing as his own real-life WWE action figure. He was shirtless and in a Wal-Mart which is a store that has a policy against doing such things. However, it happened and you can enjoy all thirty seconds of hilarity in the video below.

It is a pretty great little video and shows how inventive and funny R-Truth is. Now if WWE could only figure out something for him to do on SmackDown Live that would be great.