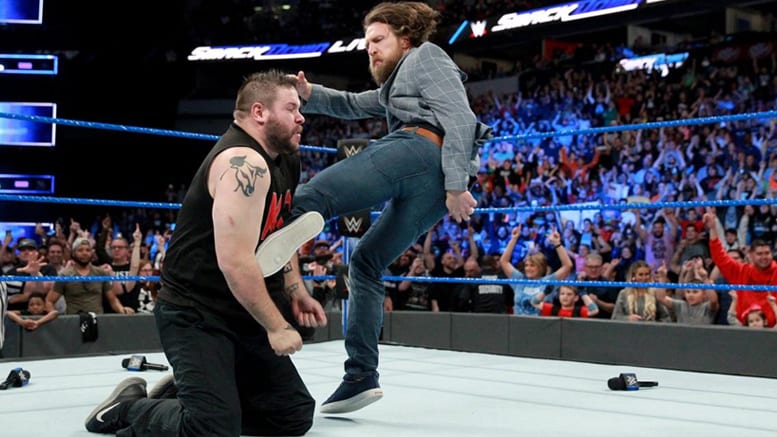 Fans have been trying to guess who Daniel Bryan will face at WrestleMania 35 for what feels like forever now. The WWE Champion is currently scheduled to take on Kofi Kingston at Fastlane for the WWE Championship, and many want to see that very same match up go down again at MetLife Stadium.

However, recent reports have suggested that Kevin Owens may be sneaking in the back door to challenge The New Daniel Bryan on the grandest stage of them all. That kind of move would add some much needed context to his recent promos, which fans have been trying to take some kind of meaning from.

Now, however, an update has been provided by WrestleVotes who is known to have broken several stories throughout the course of the last few years within the WWE Universe.

It’s not exactly a secret that ‘KofiMania’ is quickly becoming a thing, but you have to wonder how far WWE is willing to take it. He’s certainly picking up a lot of momentum, but if he’s going to take on Bryan at Mania, you would think that he’d have to be taken out of the Fastlane bout altogether.

You could do the rematch after the bout at Fastlane if you wanted, but that doesn’t really seem like WWE’s style.

At the very least, we now know that the direction is for Owens to take on Bryan – and while some fans may be hesitant that such a feud will be successful, both men are certainly talented enough to make it work.