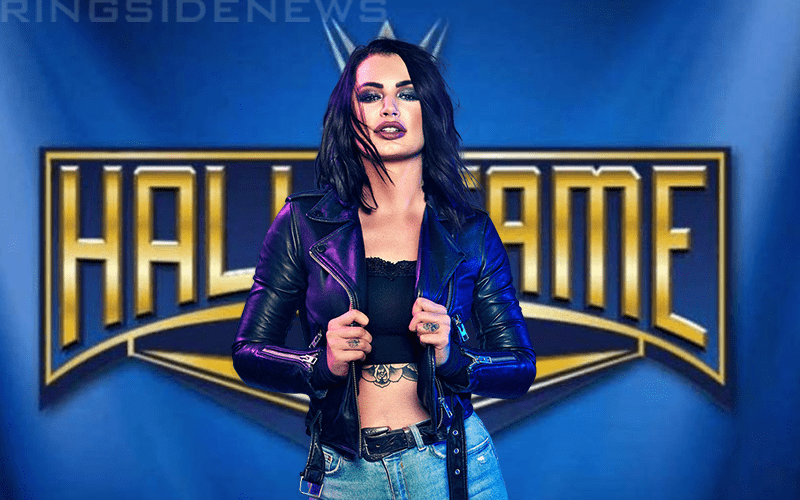 Paige was a part of some pretty historic moments during her short WWE main roster career. She is also the first-ever NXT Women’s Champion and has a movie about her life called “Fighting With My Family” that is opening today nationwide.

However, Paige had to retire from in-ring competition extremely early into her promising career.

When Paige recently spoke to The Mirror, the subject of the WWE Hall Of Fame was mentioned. This is when Paige expressed another desire of her’s because she wants to receive that honor eventually as well.

“It’s a pretty cool life that I’ve had so far, I’m very thankful for what I’ve done. But I mean, I just want to be in the Hall of Fame one day ha ha. Put me in the Hall of Fame. That’s something in your wrestling career you definitely need to tick off, it’s the biggest reward that you can get.”

You never know if WWE will induct Paige into the WWE Hall Of Fame eventually. You could make a very strong argument that she accomplished enough to earn a spot.