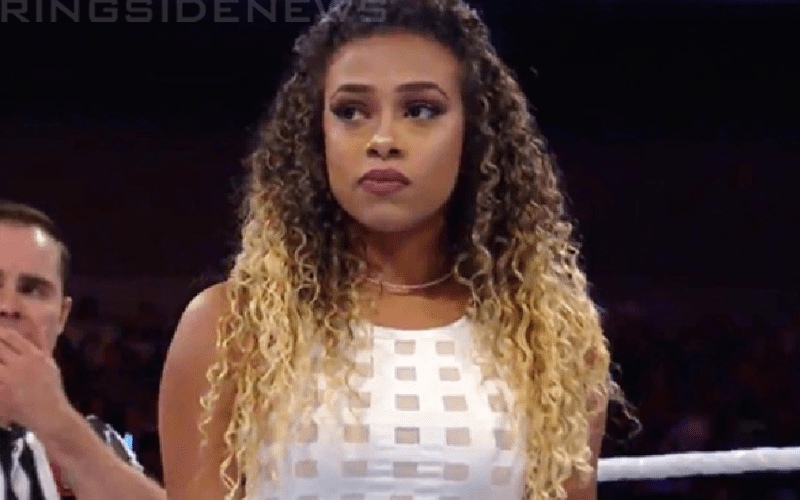 Fans have certainly noticed that JoJo Offerman is no longer the ring announcer on RAW. This is concerning for some people because it has been a while since she appeared.

Dave Meltzer was asked about JoJo’s status during Wrestling Observer Radio where he had a very simple, yet rather nonspecific reply.

“She’s no longer on television. I mean, that’s the basic gist.”

The reasons were not made clear about why JoJo Offerman is not on WWE television anymore. We previously reported that she was going through some kind of a personal issue.

Some fans have speculated that the 24-year-old JoJo could be brought back in a storyline. After all, her boyfriend Bray Wyatt has not been seen on WWE television in recent months either. We will have to wait and see, but we’re hoping for the best.