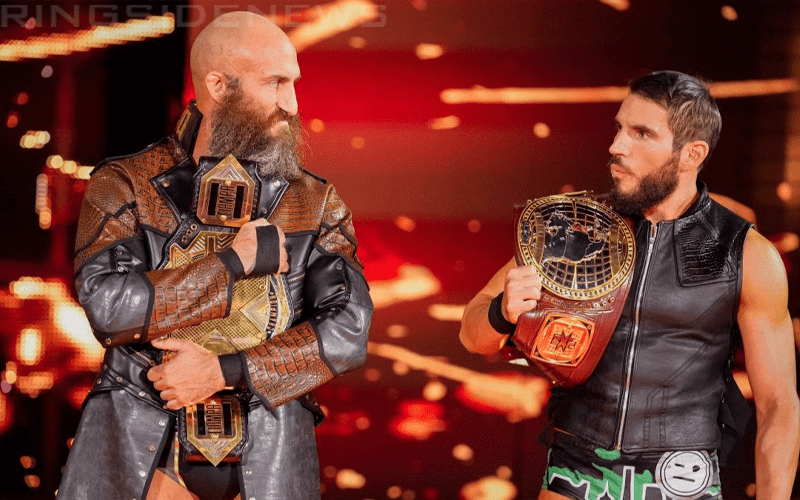 WWE brought up four of NXT’s top Superstars out of the blue this week on RAW. It is a very interesting time to do this as well with WrestleMania looming closer. However, NXT also has their own big show during WrestleMania weekend that this new batch of call-ups is seriously messing with.

Dave Meltzer said on Wrestling Observer Radio that WWE’s plan is to continue using Tommaso Ciampa, Johnny Gargano, Aleister Black, and Ricochet on RAW and SmackDown, but they’re also not leaving NXT just yet either.

“So those guys are going to be working RAW, SmackDown, and NXT at least for now and being put over like crazy on all of them.”

NXT is going to record new television shows soon, but their NXT TakeOver: Blackout event is reportedly laid out already. One of the top matches on that show is supposedly Tommaso Ciampa vs Johnny Gargano as well. This could be changed or still go on as planned as one last huge match for both of these NXT legends before finally taking their full-time spots on the WWE main roster.