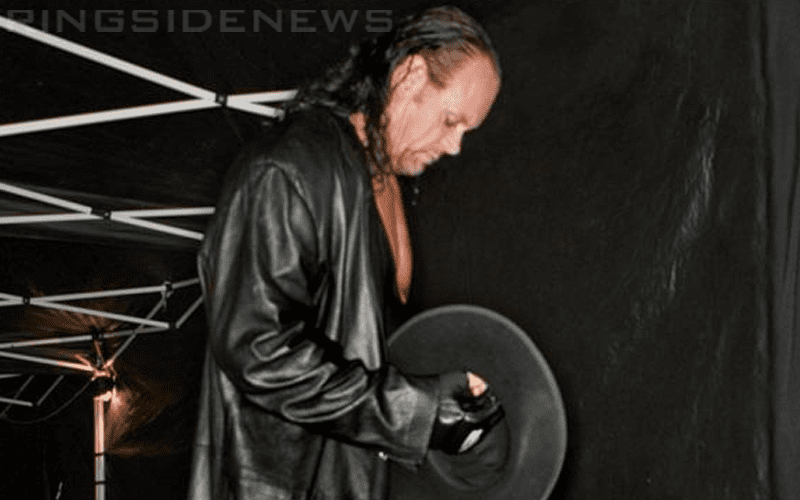 WWE owns the rights to The Undertaker’s name. It is a registered trademark owned by Vince McMahon’s company. This is the reason why he is going by “Mark Calaway aka The Undertaker” on the Starrcast promotional material.

To switch things up even more, it looks like The Undertaker is referring to himself as “The Dead Man.” Of course, this has been his nickname for years. The timing of this apparent name change is very interesting.

Latin star “Bad Bunny” who is well-known in certain areas and is a huge WWE fan needed some help promoting a show. Then he called Taker who was apparently happy to help. However, Mark Calaway neglected to refer to himself as The Undertaker.

This is very interesting because Vince McMahon is not happy about Taker’s upcoming Starrcast appearance. Therefore we could very well be witnessing a separation between WWE and The Dead Man.

We will keep you updated on this on-going story here at Ringside News.