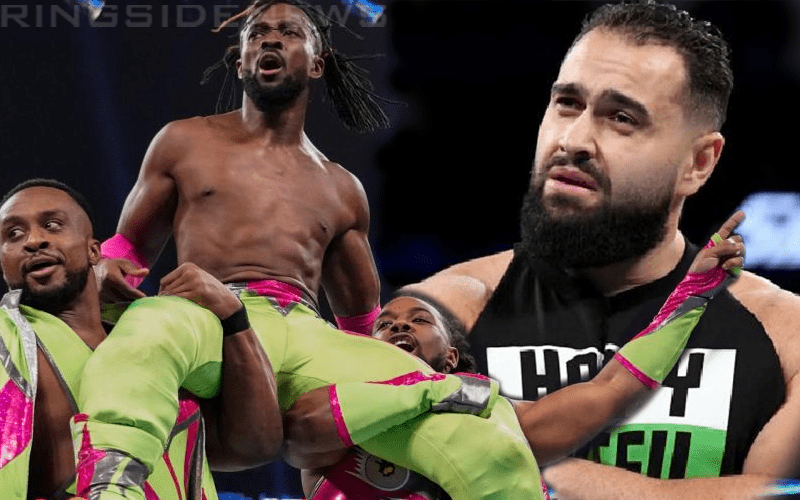 Rusev might not feel too confident about his position in WWE. He wasn’t featured on SmackDown Live this week and that seems to be a trend. However, Kofi Kingston is getting a lot of exposure. Rusev doesn’t seem to like that much.

The New Day held up a “#KofiMania” sign on SmackDown Live this week while saying that this is a popular trend on Twitter. Rusev doesn’t seem to agree and he fired back with a short but biting message.

“#KofiMania is not a real thing and never will be!”

Even though Rusev doesn’t seem to like Kofi’s push, WWE Cruiserweight Champion Buddy Murphy spoke up about his own hashtag. After all, Murphy is booked for a WrestleMania match already we just don’t know who his opponent will be yet.