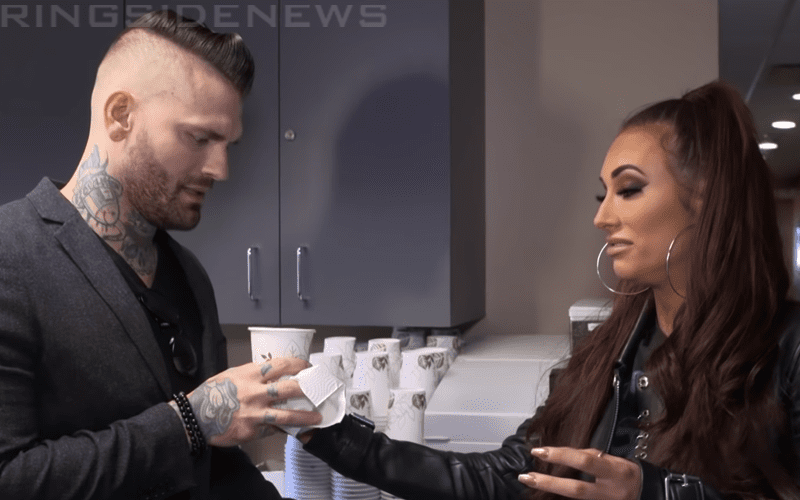 Carmella and Corey Graves kind of broke the internet for a bit, they at least clogged up the Internet Wrestling Community. As it turns out, Graves and Mella’s relationship reportedly didn’t start until he was already totally separated from his wife which is something she didn’t disclose when airing out all of that dirty laundry.

Brad Shepard reported on Oh, You Didn’t Know that Corey Graves’ relationship with Carmella was a “hot topic” in WWE HQ. However, most have chalked it up to just something that is bound to happen every now and then.

“So the Corey Graves/Carmella situation was a hot topic at WWE headquarters.”

“So I was told [by a source in WWE] that Corey was really cool and I’m not going to go into some of the personal details that I was made aware of, but essentially the situation was chalked up to life on the road.”

“You’ve read the reports and I don’t know what’s true, you know. Was there an extramarital affair and there was a report that came out saying they’ve been separated for months. I just know what I was told is that Corey’s really cool and you know basically this was just a situation of a casualty of life on the road.”

Just in case you were wondering how people in WWE are feeling about this relationship, now you know. It isn’t even confirmed that they are still together, however it was said that Corey Graves did inform his wife about his relationship with Carmella over the weekend.