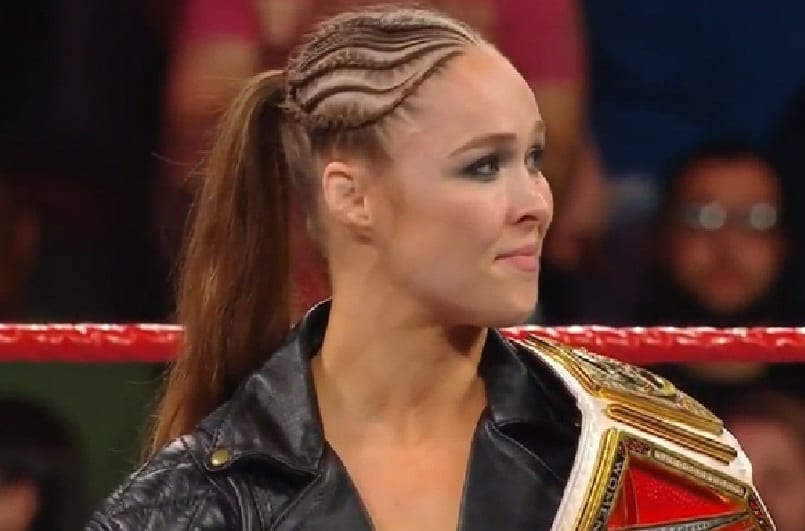 Ronda Rousey’s WWE debut caused immediate mainstream attention, but she doesn’t want things to stop for the WWE women’s division after she is gone.

Dave Meltzer noted on Wrestling Observer Radio that Ronda Rousey doesn’t have a “firm” date of when she will be taking her hiatus from WWE as previously thought. She does have a goal that she wants to leave the WWE women’s division in much better shape after her days as a full-timer concludes.

“There is even now there is no firm date on Ronda leaving. I mean it’s inevitable, but it’s not, ‘Is it SummerSlam?’ It’s up to her. It’s 100% up to her. I mean Vince has input. Vince can beg her for another month and I’m sure she will probably do the other month. They’re on good terms.”

“This isn’t like Brock where he’s calling his shots completely and you know showing his power and Vince just acquiesces to everything he wants. With Ronda, Ronda’s a team player 100% a team player.”

Meltzer went on to say that Ronda Rousey’s goal in WWE is to make sure that when she leaves women will be able to main event pay-per-views without her. This is what she was able to do for the UFC as well so we will have to see how much she will be able to assist in establishing a formidable women’s division to rival and sometimes overshadow the men.