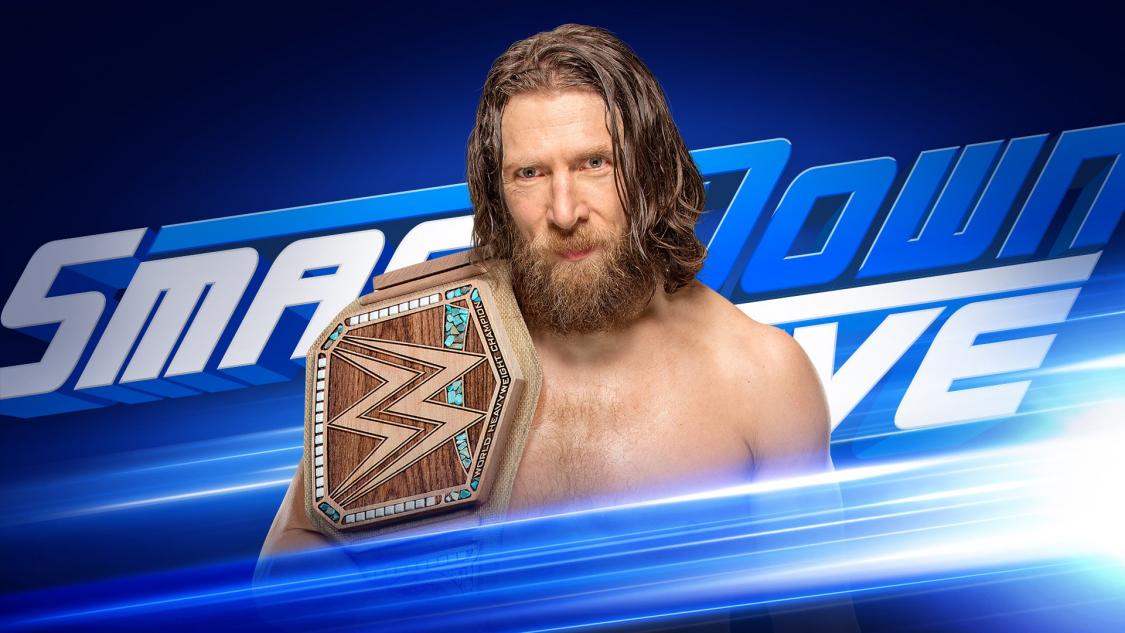 Welcome to Ringside News’ SmackDown Live results for February 19th, 2019. Please keep refreshing throughout the show for constant updates! It all starts at 8:00 pm EST.

We will have to see if SmackDown Live will be able to top RAW last night. The crowd last night was awful, but the show was very newsworthy. After the debut of four top NXT Superstars, RAW got a huge shake-up.

Now it is time for the blue brand to stack their brand toward Fastlane and on to WrestleMania.

The New Daniel Bryan’s Fastlane opponent will most likely be revealed tonight. We have heard that this could be very good for Kofi Kingston.

The Miz will also apologize to Shane McMahon for losing the SmackDown Tag Team Titles to The Usos. On that note, you can probably expect Jimmy and Jey to be in a great mood tonight.

Charlotte Flair has a big receipt to give Becky Lynch following her Elimination Chamber assault. Flair has the sick bruises to prove it too.

WWE also teased the fact that the NXT take over of the WWE main roster could continue. It would be remarkable if they kept pulling top talents from NXT because apart from Shayna Baszler, Velveteen Dream, Matt Riddle, and The Undisputed Era they might not have many Superstars left to call up right now.

We will just have to wait and see what happens when SmackDown Live goes on the air. In the meantime, please enjoy the following video of a match we may never see again.

Shane McMahon came out in his usual business casual attire. He wasn’t dancing, but he did give some high-fives on his way to the ring. Then they played a nice Kofi Kingston video from the Elimination Chamber. They were putting him over hard with that video.

The New Orleans crowd was way better than RAW got last night. Shane McMahon put over the NXT call-ups and saved Ricochet for last. Then he said they will be in action again tonight. So they’re like the WWE dream team or something.

The Miz came out unannounced and he was very sad about losing the SmackDown Tag Team Titles which is something McMahon had not brought up at all.

The Miz said when his father said he was proud of him and he loved him that was the first time he had ever heard him say that. The Miz said that was one of the best moments in his career, but he let Shane down at Elimination Chamber by losing the titles.

“I know there’s no more automatic rematch clause, but you’re Shane McMahon,” The Miz said. The crowd wanted to see it happen. This was already a better audience than the people who got the NXT call-ups last night.

Insert the Usos and they were yelling, “Woah!” Woah! Woah! Woah!” which got the crowd going too.

The Usos said they would give McMiz the opportunity to call themselves the best tag team in the world. Then Jimmy called The Miz “a joke.”

Shane McMahon said, “You don’t disrespect my partner, ya dig?” Then he set up a tag team title match at Fastlane.

This match of two former NXT Champions is happening. They were evenly matched, but Andrade had a chance to show off his athleticism.

Andrade took control and executed a few strikes that sent Aleister Black down. As Zelina Vega cheered Andrade on while he beat up her husband it provided an especially entertaining visual. (You have to already know Black and Vega are married for that to make sense I guess.)

Then Black moved out of the corner as Andrade charged and he went bouncing off the post and went to the floor followed by Aleister doing that springboard sit-down taunt that he does. The crowd was worlds better than last night.

On another note, they played a Fighting With My Family commercial that featured Zelina Vega as AJ Lee so she was on both portions of the split-screen during the commercial break.

Andrade was able to buy some time after taking a knee strike by dumping Aleister to the floor. Black blocked a hammerlock DDT and hit a double knee drop from the top rope. Then Aleister nailed a bridging German suplex for a two count.

Andrade sent Black into the turnbuckle and landed the double knees to the corner and got another two count. This crowd was way into the match at this point.

“Fight Forever,” chants broke out as Andrade tried for another hammerlock DDT and then Aleister hit the Black Mass for the win.

Zelina Vega was not happy about her husband beating Andrade.