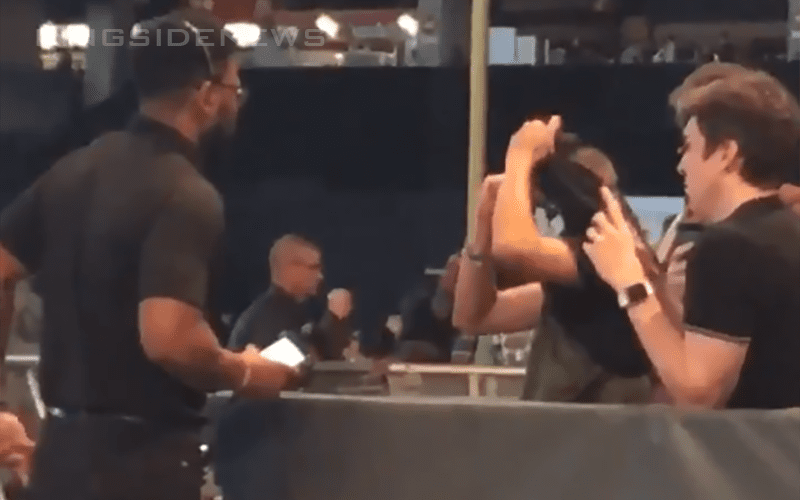 Security had an issue with an AEW fan at the Royal Rumble event. They made him take off his shirt. On top of that, WWE also asked fans to hide AEW logos on clothing during Superstar photo sessions at Axxess.

Now a fan from last night’s RAW has a very similar story to tell.

Security telling me to turn my AEW shirt inside out.

It appears that WWE isn’t done with AEW. Chris Jericho commented on Wrestling Observer Radio that WWE is taking some shots, but he didn’t go into detail about what those are. It looks like this could be just another way for WWE to control their product and keep the competition’s logo off of their television shows.

Ironically, Being The Elite featured this segment recently and they clipped it just to share after this recent fan account surfaced.