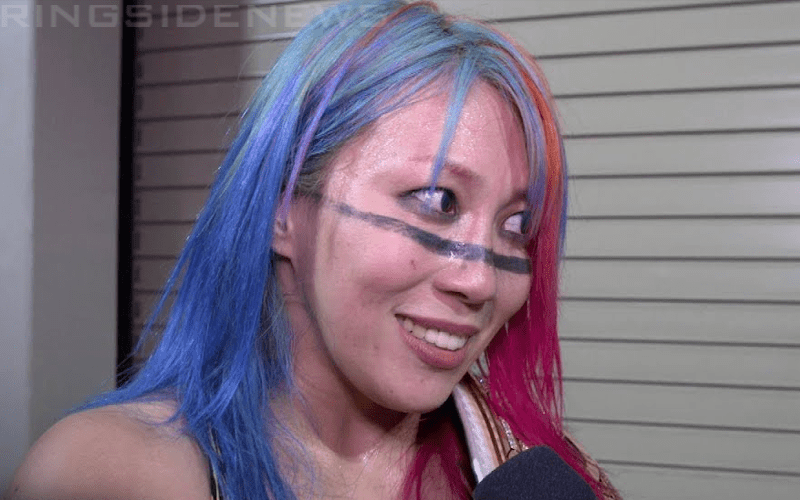 Asuka is the SmackDown Women’s Champion. She is not injured at all. WWE just hasn’t needed her so The Empress Of Tomorrow received some time off of television.

WWE is working toward WrestleMania and it seems as if they have some very interesting plans for Asuka. It was previously reported how WWE has big plans for Lacey Evans and Wrestle Votes mentioned how WWE didn’t use Asuka recently because they didn’t want too much “brand jumping.”

At this juncture, Dave Meltzer said on Wrestling Observer Radio that Asuka’s potential WrestleMania opponent is Lacey Evans. It was noted that this was definitely on the books at one point. Right now it seems like WWE is weighing all of their options though.

Whether or not WWE decides to go a different direction is unclear. However, Fastlane is approaching and if WWE doesn’t figure out something for Asuka to do in the meantime then she might get another month off of television.