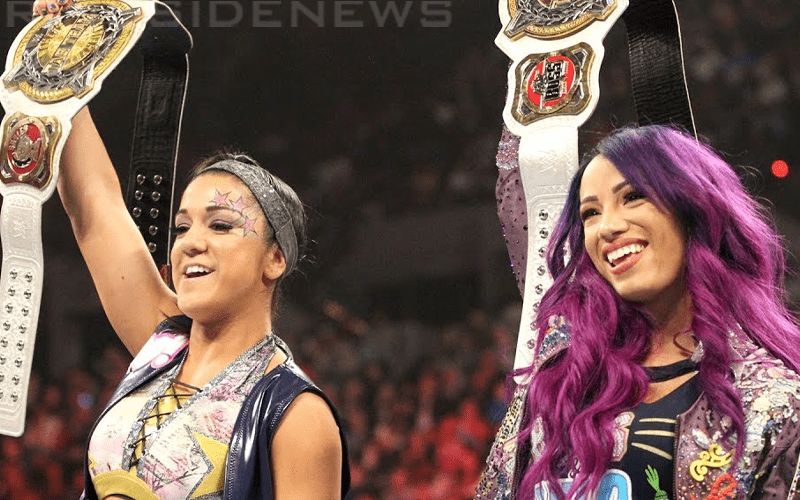 The Boss n Hug Connection won the WWE Women’s Tag Team Titles at Elimination Chamber. The next night on RAW, Sasha Banks and Bayley cut a promo where Banks said they can defend the titles where ever they want including NXT.

As exciting as it might be to see a set of floating titles, Mike Johnson noted on PW Insider Elite audio that this doesn’t seem to be in the cards this week for SmackDown Live.

“As of 2:00pm I was told Sasha and Bayley are not scheduled for the SmackDown taping. So at for this week the Women’s Tag Team Titles are going to be at least just on Raw and we will see where they will go going forward.”

You never know where Bayley and Banks could show up next when they are least expected. Hopefully, their floating tag team titles will freshen up the women’s division and add an extra element of anticipation for fans. It looks like the Boss n Hug Connection will just be on Raw this week though.