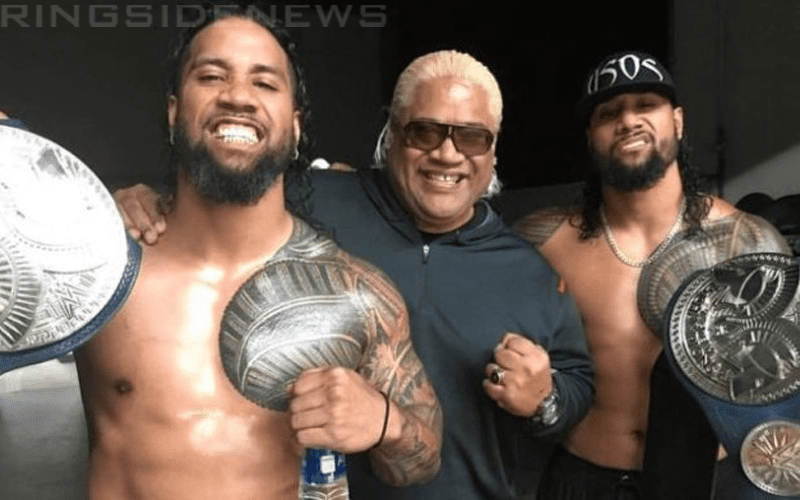 Rikishi is the proud father of Jimmy and Jey Uso. He was very happy to see his twins win their sixth WWE Tag Team Championship at Elimination Chamber, but in the process of congratulating he might have let something slip.

The WWE Hall Of Fame father of The Usos sent out an Instagram message with a collage to celebrate his sons’ victory. At the same time he dropped a pretty big hint that they might be free agents soon enough.

#AndNew 6x @wwe Tag team champions .. @jonathanfatu and @uceyjucey ( Josh Fatu ) @thesamoandynasty legacy continues there’s nothing else to prove Twins .. Congratulations your hard work in the industry will and never be denied in the @Wwe or anywhere else in the wrestling 🌍 #UsosIs$$$$ #TooLegitToPassUpOn #TimesUp #SoonToBeFreeAgents or Not – @rikishi sons #samoamosamoa🇼🇸🇦🇸 •
• “You go out there day in and day out and you grind and you bust your ass. As soon as you slip one time you got the world against you, you know?” “It’s hard to go out like that with the mindset thinking everyone out there’s against you. Until you go out there and you show them what you’re really made of. “ Jonathan Fatu

This was a pretty great message from Rikishi. The #SoonToBeFreeAgents part is what has us really wondering what is going on.

The Usos’ WWE contracts expire in April and WWE doesn’t want to lose them. So you never know what can happen next because they could be relocating the Uso Penitentiary.