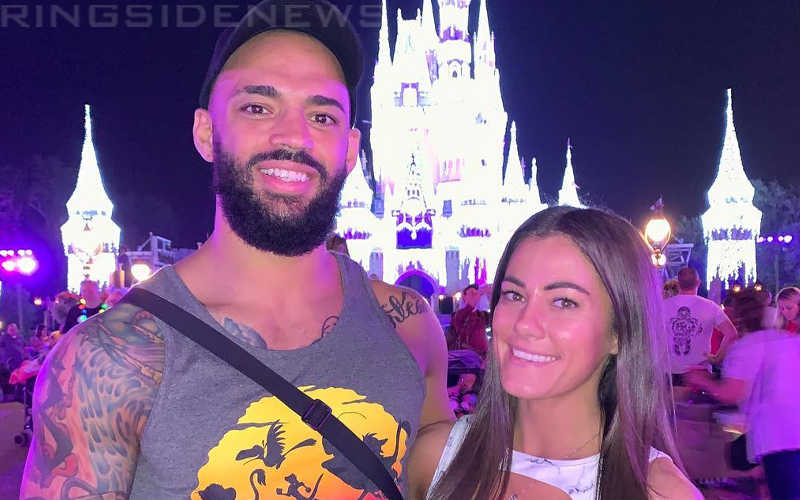 Ricochet made his WWE RAW debut last night and it looks as if he along with Tommaso Ciampa, Johnny Gargano, and Aleister Black are on the main roster now. This was a huge surprise, but nobody seems more proud than Ricochet’s girlfriend NXT Superstar Kacy Catanzaro.

The One And Only’s American Ninja Warrior girlfriend sent out an amazing response this afternoon after it finally registered that her man isn’t going to be around the WWE Performance Center as often.

“15 years years of blood, sweat sacrifice.. all leading up to this moment. You deserve every second of this success. This is just the beginning for you. You are going to do so many incredible things, my love.. and you know I always have your back.”

We will have to wait and see what Ricochet is able to do on the main roster. Hopefully, his debut along with the three other top NXT Superstars means that WWE has plans to elevate them all. There might be a reason for other Superstars to be a bit worried. Either way, Ricochet knows that he has an amazing support system at home.