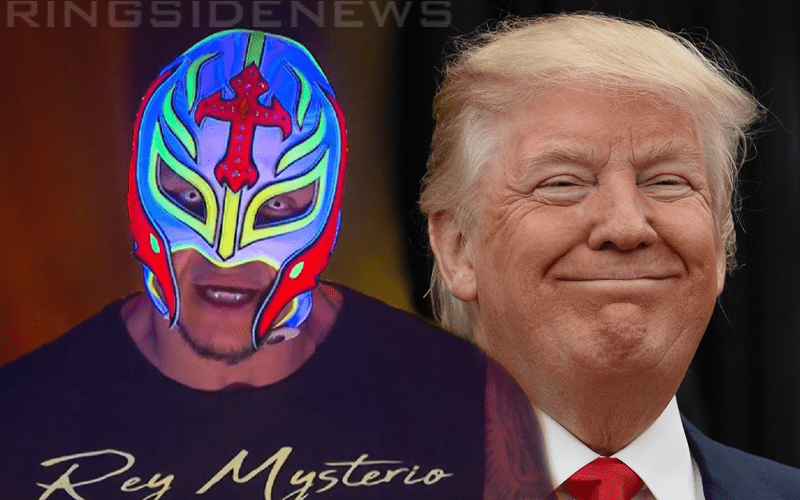 Donald Trump is a WWE Hall Of Famer and current President of the United States Of America. His policies are controversial, but we won’t get political here. This is all about Trump’s role in WrestleMania 23.

According to former WWE writer Court Bauer, Rey Mysterio was in line to be Donald Trump’s choice to represent him in a hair vs hair match at the show of shows. Plans obviously changed, but as Mysterio thought about this concept he told Al Jazeera how interesting that choice would have been in retrospect.

“Imagine some of those images popping up at this time if I was that person [WWE went with]. It would have been interesting to see those pictures floating around these days; Donald Trump with the Mexican-American wrestler Rey Mysterio.”

WWE history has the capability of changing all the time with every new decision the company makes. It might not have been that big of a deal at the time for Mr. 6-1-9 to represent Donald Trump at WrestleMania, but the fact WWE picked Bobby Lashley instead means that Mysterio won’t have to explain himself in 2019.