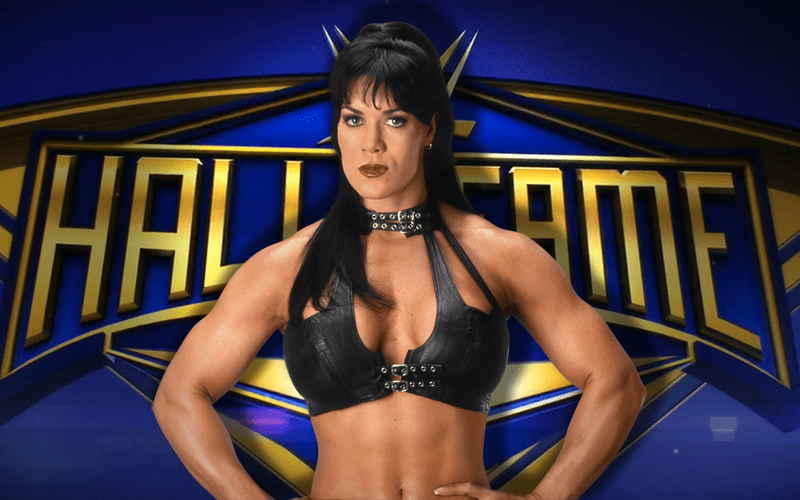 After years of campaigning, it is official. Chyna, as part of D-Generation X, will be entering the WWE Hall of Fame. She joins a plethora of legendary female talent including, but not limited to Trish Stratus, Lita, Beth Phoenix, Jaqueline, Mae Young and The Fabulous Moolah.

Chyna’s mother, Jan LaQue was interviewed by Ryan Satin of Pro Wrestling Sheet following the confirmation on Monday Night RAW last night. She reacted to the announcement, revealing that she will be in attendance at the event in just a few weeks.

She had the following to say:

“I am absolutely thrilled. And so is my husband. We have been invited to the ceremony and will be so proud to be there and celebrate this awesome occasion. She certainly earned this, to say the least.”

LaQue would also thank WWE for giving her daughter the recognition she sought for up until her death.

“I would like to thank the WWE for giving Joanie the recognition she deserves.”

The video below, released by WWE, goes into detail about the induction. This will include all notable members of the faction.

What was your initial reaction to Chyna’s inclusion the WWE Hall of Fame class of 2019? Did you expect it? Let us know your thoughts, opinions, and reactions in those comments below.