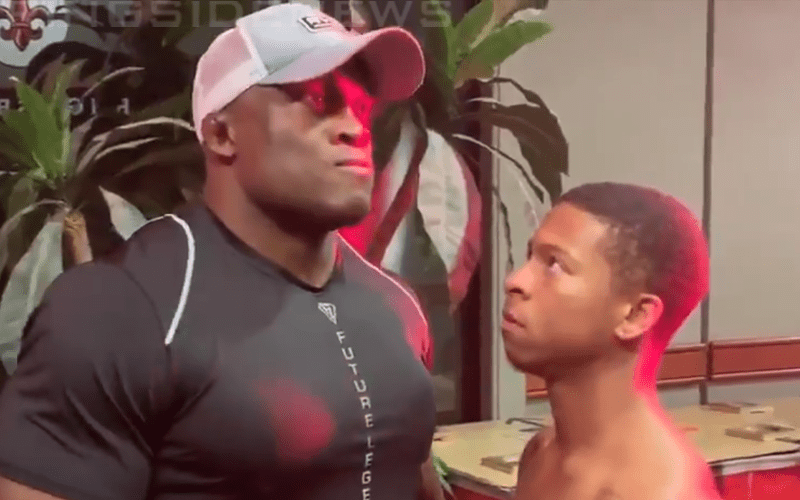 Bobby Lashley hasn’t had the best couple of days. He lost the IC Title to Finn Balor at Elimination Chamber and then he seemingly kicked his hypeman to the curb. After some pleading from Rush, Lashley agreed to get the band back together after less than a day separated. Then they experienced another loss.

Ricochet’s main roster debut resulted in a loss for Lashley and Rush. Then The All Mighty had a heart-to-heart with Lio Rush backstage. He told him to go home and let him know where his head is at.

Rush has reports of some backstage heat floating around about him. These initial reports were backed up by another testimonial as reported by Bodyslam.net. Now Rush is home and has a lot on his mind.

Lio Rush said that it is time to evaluate and regroup. We will just have to see what kind of choice he makes. However, the fact that he is home could count him out of a 205 Live appearance this week.