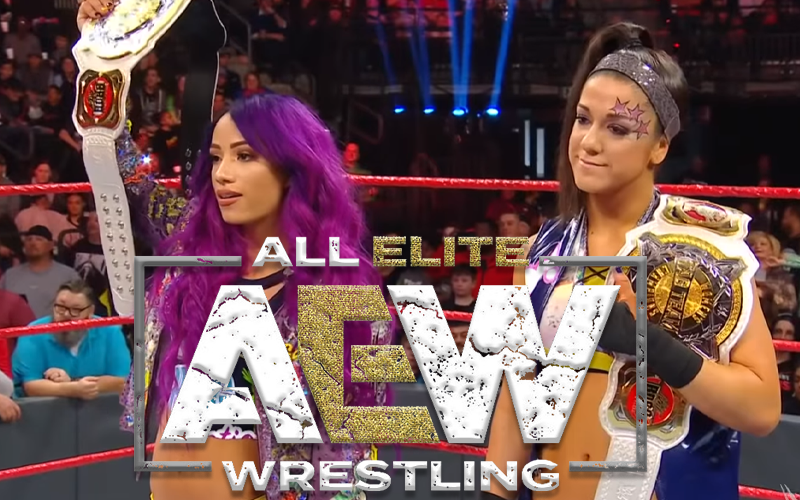 WWE RAW was full of noteworthy moments this week including the debut of four top NXT Superstars. Fans also saw Bayley and Sasha Banks as the WWE Women’s Tag Team Champions for the first time since their Elimination Chamber win.

During Bayley and Banks’ promo on RAW, they said that it took them going to war together to figure out they could “change the world.” Of course, “change the world” is the slogan AEW has thrown around since the company’s inception.

WWE’s writers are apparently watching AEW and dropping hints that The Elite is on their radar with that kind of verbiage. It just goes to show that sometimes the real message is in the details.